What would make blind Filipino singer Aliènette happy for life? 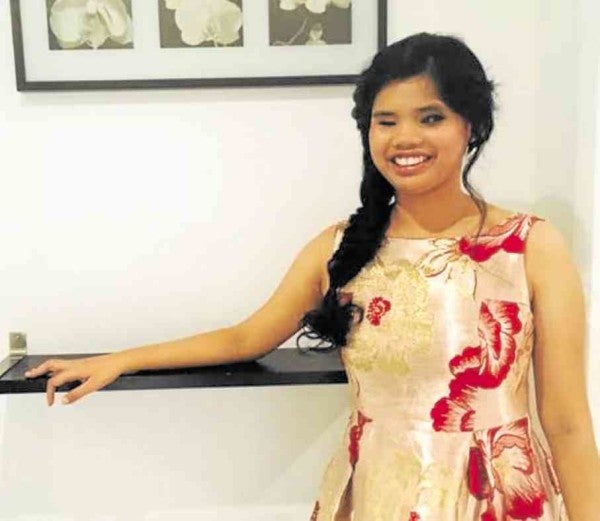 After featuring Pinay blind singer, Aliènette Coldfire (real name: Katchry Jewel Golbin), in this column twice and chatting with her in French on Facebook Messenger, I have become drawn to the chanteuse who stunned the world by winning third place in “France Got Incredible Talent.”

I stayed up till 7 a.m. to watch the live feed of the talent show’s grand finals. I even joined in the French conversation online while the contest was taking place. That’s how engrossed I was. Since Aliènette and I are Parisiennes “trapped” in Filipinos’ bodies, I can totally relate to her great French dream.

As soon as she won, my good friend, singer Ogie Alcasid, texted me. He is also very supportive of Aliènette and even helped her acquire a French visa. We are both overjoyed for our “protégée.”

I told Ogie that Alienètte ought to have a major concert. He said that she can count on his team for anything at all.

A line in her winning piece, “Quand On N’a que L’Amour (When We Have Only Love),” is so apt for her. In English, it goes: “When we have only love to show the way and change the course of fate at every crossroad.”

Bravo, Aliènette, for choosing to see beyond the darkness by being your own light. You truly live up to your screen name, which means “little alien,” because your talent is “out of this world.”

Here’s an Inquirer exclusive, my chat with Aliènette:

What are your immediate plans after your victory? There are neither plans nor offers. I’m not even thinking about that for now. All I want is to peacefully spend Christmas with my family. Then, come what may.

If Santa were real, what would you ask him? A recording contract. That would fulfill me as a person and make me happy for the rest of my life. 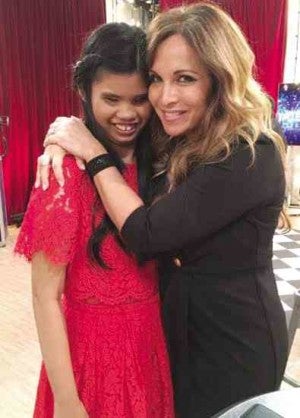 How do you feel about winning third place? Do you feel you could have won first place? Winning third place in “France Got Talent” is much bigger than what I expected. I never even thought I would make it to the top five. The public has spoken, and I respect that. The one who won deserves nothing less.

Do you think discrimination factored into not bagging the top prize? I don’t think so. The winner himself (Antonio Bembibre) was Spanish.

What’s the difference between performing for Filipino and French audiences? Filipinos and the French have different tastes, and they’re both capable of expressing the same level of appreciation. In the Philippines, people love it when singers sing at the top of their voice, and I have nothing against that as it simply shows how musically inclined Filipinos are. French people, on the other hand, focus more on music as a means of expression. For them, it’s the emotion and not the high notes that matter.

In what ways are you like the French? I sometimes feel like one in many ways. I speak French. I can make myself appear to be shy when I just want to be reserved. I believe in freedom and make use of it. I’m stubborn and opinionated. I express myself in all honesty. I complain a lot. But above all, I always try to be reasonable.

What’s your song for yourself these days? The one I sang in the finale. That summarizes my feelings toward the world we live in.

If you could see for a week, who is the celebrity you would like to meet and sing with? Lea Salonga, and I would ask her to sing “I Dreamed a Dream” with me.

Read Next
Felipe Gozon: We’re already in the lead
EDITORS' PICK
Notice of 2020 regular meeting of stockholders June 18, 2020
SM prepares for ‘safe malling’
Leveling up your ‘lutong bahay’ with the kitchen companion you never knew you needed
NBI, Immigration to join hunt for ‘underground’ medical clinics
2 Chinese nationals arrested in raid on another unlicensed COVID-19 hospital in Pampanga
P2.2 trillion in losses: Cost of COVID-19 impact on PH economy
MOST READ
NCR is ready for GCQ — Palace
Revillame tells Roque: ABS-CBN is in my heart despite being in rival network
Filipino kids in Ireland orphaned due to COVID-19
Metro Manila mayors told: Keeping bus, jeepney ban ‘catastrophic’
Don't miss out on the latest news and information.