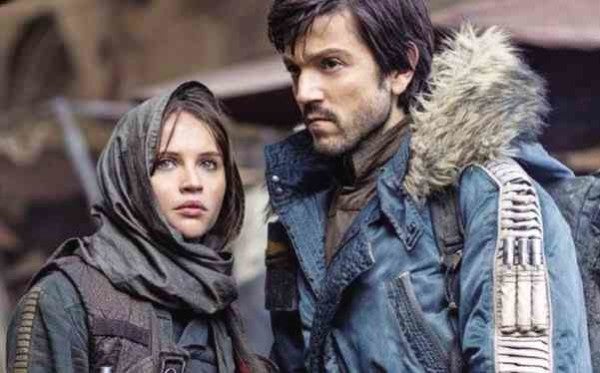 Rogue One: A Star Wars Story

Taking place between “Revenge of the Sith” and “A New Hope,” the spinoff movie “Rogue One: A Star Wars Story” is taut and moving, focusing on new characters and their own intriguing tale—separate from, but still important to the beloved Skywalker saga.

A new heroine, Jyn Erso (Jones), hesitantly rises to face the oppressive Empire, which is rumored to be creating a massive weapon to quash the growing Rebellion forces. She fights alongside a longtime believer in the cause, Cassian (Luna), apart from other unexpected and capable allies. But the small resistance team faces the wrath of Darth Vader (voiced by James Earl Jones anew) and his cruel and ambitious underlings.

“Rogue One” largely benefits from the diverse and formidable cast, aside from Edwards’ impressive storytelling abilities—it also helps that it connects to established mythology, and reintroduces and elaborates on characters and concepts that fans are familiar with. But it still works as a standalone tale for the casual viewer or the uninitiated, and may be that gateway flick into the enduring science fiction-fantasy franchise.—OLIVER PULUMBARIT