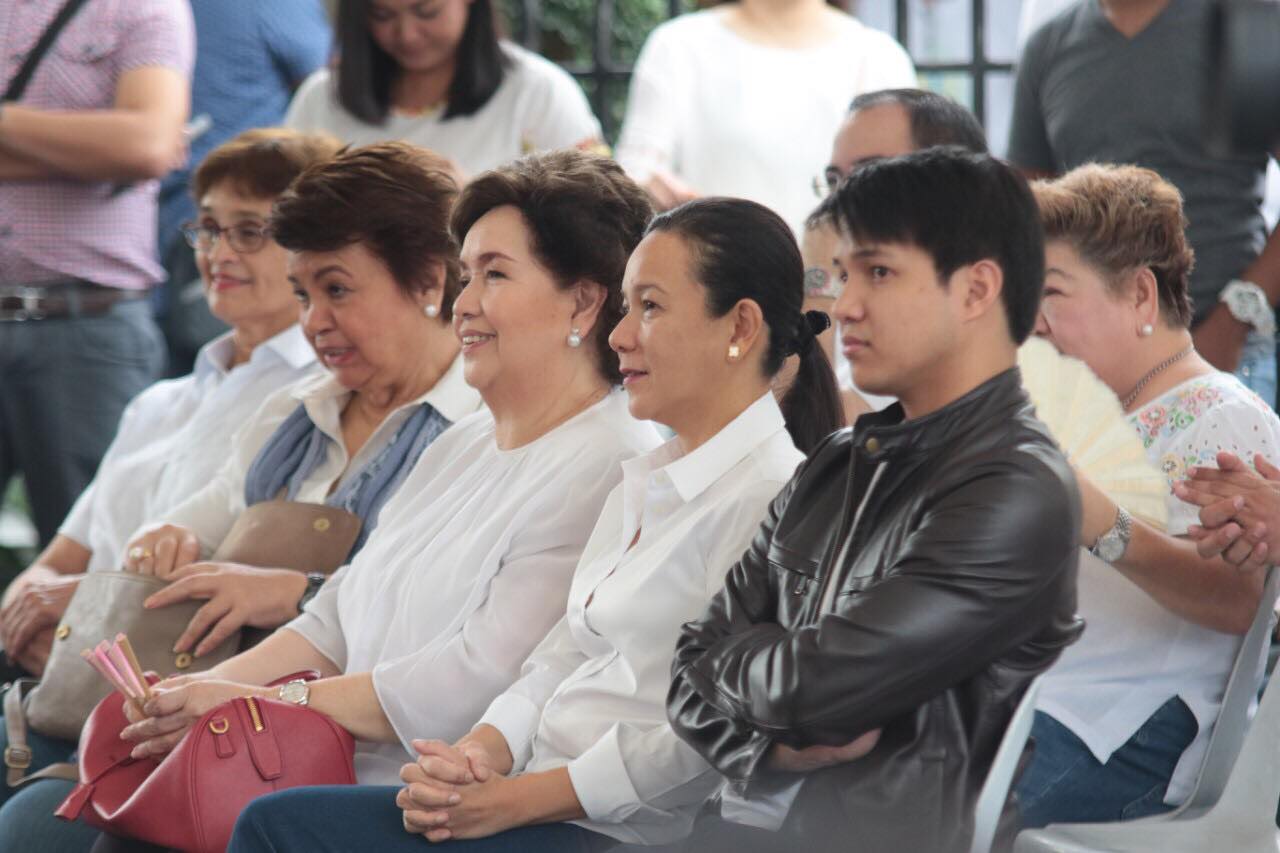 Senator Grace Poe said there was no need to transfer her father to the heroes’ cemetery since it was FPJ’s choice to be buried beside the tombs of his parents at the Manila North Cemetery.

“Noong naging national artist si FPJ, sabi nila ilipat na natin si FPJ sa Libingan ng mga Bayani. May mga nagbigay ng suhestyon na yun dahil sya daw ay isang bayani (When FPJ became a national artist, they urged to transfer his remains to the Libingan ng mga Bayani. There were some who suggested it because they believe he was a hero),” Poe said during the commemoration of her father’s 12th death anniversary on Wednesday.

(But when FPJ passed away and even before that, we know in our hearts that he was a hero because he helped us wholeheartedly. Why should we transfer his remains? First of all, he chose this place so he could lay beside his parents.)

(Second and most importantly, FPJ knew that here in Manila North Cemetery, our poorest countrymen could enter. Anytime, they could take pictures even beside his tarpaulin. Why do we need to transfer him to a monument in another place where it’s not accessible?)

Aside from Poe, FPJ’s widow, veteran actress Susan Roces, was also present in the commemoration along with the senator’s husband Neil, and children Brian, Hanna and Nika, relatives, friends and supporters.

The occasion was marked by a mass officiated by Fr. Larry Faraon followed by wreath laying and brief ceremonies.

Poe capped her speech by thanking FPJ’s supporters for their undiminished love and loyalty.

(Thank you very much because I think there are a very few people who passed away whom our countrymen are still visiting.) RAM