‘Deadpool’ in, ‘Silence’ out and more Globes film surprises 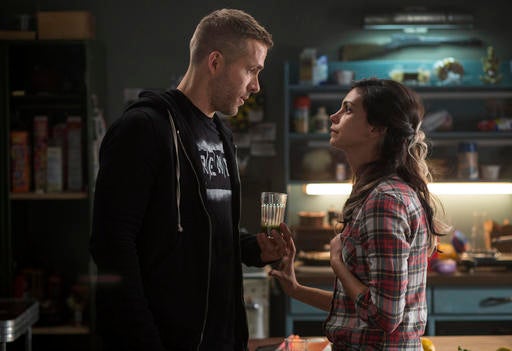 This image released by Twentieth Century Fox shows Ryan Reynolds, left, and Morena Baccarin in a scene from “Deadpool.” Reynolds was nominated for a Golden Globe award for best actor in a motion picture comedy or musical for his role in the film on Monday, Dec. 12, 2016. The 74th Golden Globe Awards ceremony will be broadcast on Jan. 8, on NBC. AP

LOS ANGELES — The Hollywood Foreign Press Association never fails to disappoint with their assortment of nominees, which always seem to include some expected picks, some inspired ones and some headscratchers too. The nominations for the 74th annual Golden Globes announced Monday certainly had some bombshells, too. Here are a few notable snubs and surprises:

Past Globes glory didn’t seem to matter this year for Hollywood legends Clint Eastwood, Martin Scorsese and Warren Beatty, none of whom received directing nominations despite all having won in that category at least once. In fact, Eastwood’s “Sully” (that means no Tom Hanks nomination either) and Scorsese’s “Silence” were shut out completely, while Beatty’s big return to directing and acting, “Rules Don’t Apply,” scored only one nomination — for actress Lily Collins.

No love for ‘love and friendship’

Whit Stillman’s Jane Austen adaptation “Love & Friendship” charmed audiences and critics, but was left without a single nomination — especially surprising in the case of Kate Beckinsale, whose performance as the conniving and ambitious Lady Susan Vernon has been widely regarded as one of her best. Instead, in the musical or comedy category, the HFPA singled out the little-seen John Carney musical “Sing Street.” 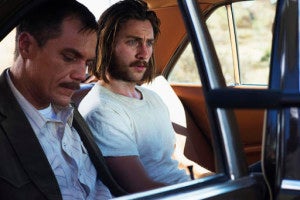 This image released by Focus Features shows Michael Shannon, left, and Aaron Taylor-Johnson in a scene from, “Nocturnal Animals.” AP

The comedy and drama distinction always allows for a few out-of-nowhere contenders, but the best performance by an actor in a musical or comedy was stacked with unexpected picks, including Colin Farrell for his performance as a single guy looking for love in the dark as night comedy “The Lobster,” Ryan Reynolds for “Deadpool,” and Jonah Hill as a bro arms dealer in the generally panned “War Dogs.” In the supporting category, Aaron Taylor-Johnson sneaked in with a nod for his portrayal of a sadistic Texan in “Nocturnal Animals” and Simon Helberg for his crowd-pleasing piano player in “Florence Foster Jenkins,” which elicited a gasp from those in the room at the Beverly Hilton while the nominations were being announced.

“Miss Sloane,” the Jessica Chastain-led lobbying thriller, might have bombed at the box office this weekend and received generally tepid reviews from critics, but it didn’t stop the HFPA taking notice of Chastain’s performance as the always three steps ahead of the competition Elizabeth Sloane. Since 2012, Chastain has been nominated for four Golden Globes and won once, in 2013, for “Zero Dark Thirty.”

Women behind the camera

With the statistics of female representation behind the camera as dismal as they are, it might not be that much of a surprise to find zero films directed by women up for best picture or best director this year. Yet it is notable, especially with critically acclaimed fare like Andrea Arnold’s “American Honey” and Mira Nair’s “Queen of Katwe,” both of which were shut out completely. The one saving grace is in the foreign category, where Maren Ade’s comedy “Toni Erdmann” is the nominee from Germany and Uda Benyamina’s “Divines” is nominated from France. TVJ