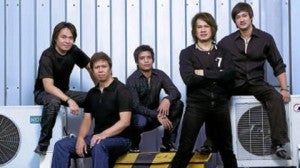 There was much to celebrate on Friday night at the Smart Araneta Coliseum: two of the country’s most enduring pop acts, Martin Nievera and Side A, performed together in a show mounted by a major player in the entertainment industry, Viva, whose 30th anniversary is being marked this year.

Such extravaganza trappings as fireworks, confetti and smoke machines were understandable, but we couldn’t figure out why the large video screen behind the stage kept showing boring graphics and countryside scenes best left to videoke clubs.

The music was too loud and competed with the vocalists in the opening number. Immediately we wondered if there was a need for musical director and keyboardist Marvin Querido to have a 13-piece orchestra playing with Side A’s basic quartet.

It didn’t help that Nievera and Side A front man Joey Generoso started out cold, their voices tentative, making the show seem like a jam blown out of proportion. The sudden appearance of sexy dancers as Paul McCartney’s “Silly Love Songs” played was unthinkable, but it happened. It got worse in the next number, a cover of Phil Collins’ “Sussudio.” One of the girls just lost it while trying to do a breakdance!

We were so glad when Nievera launched into his famous one-liners.

The uneven audio mix persisted during a medley featuring Chicago hits. Fortunately, things improved when Nievera and Generoso took turns singing three Louie Ocampo classics (“So Many Questions,” “Forever,” “Tell Me”) that warmed up the crowd.

Nievera was singing “Say That You Love Me” when the videoke scenes popped on the screen. Mercifully, it was also at this point that Side A guitarist Leevon Cailao started doing short but impressive solos, the sort of musical excursion that puts excitement into a show. Generoso then pushed the nostalgia button with a fine version of Steve Perry’s “Foolish Heart,” which was slightly marred by audio feedback.

But another surprise came by way of Side A bassist Ned Esguerra, who performed a new original, “Die Just A Little,” with drummer Ernie Severino finishing the song with a climactic, intense workout on the skins. This was followed by one more new original, “Before I Let You Go,” with Generoso on lead vocals. Both tunes came out refreshing, even as they were obviously tailor-made to suit Side A’s signature sound.

And then the totally unexpected unfolded—actress/TV host and singer wannabe Anne Curtis joined Generoso on a difficult number, Heart’s “Alone.” Riding on the crest of the surprisingly chart-topping sales of her debut album, “AnneBisyosa,” Curtis proceeded to tackle “Alone” with vocals that went flat and faltered at certain points. But the crowd lapped it up, in generous appreciation of Curtis’ guts.

She sang one more tune, the reggae-flavored “Mouth” from “AnneBisyosa,” and it sounded like she could easily cultivate a femme fatale image: “Would it be my fault if I turn you on…”

Nievera’s decision to include a medley from the Broadway musical “Jekyll and Hyde” was justified with the track, “This Is the Moment,” which he had previously recorded and now sang with aplomb. He had the crowd swooning with another medley of hits from his own albums, followed by a succession of movie themes.

This was the signal for another guest, Sarah Geronimo. Her cover of Adele’s “Someone Like You” indicated that she’s trying to widen her repertoire.

By the time Generoso and Nievera sang “Tuloy Pa Rin Ako,” everyone was ready to sing along and dance. But the next two numbers, KC and the Sunshine Band’s “Get Down Tonight” and The Rolling Stones’ “Satisfaction,” might have gotten the younger ones in the crowd puzzled.

Good thing the encore gave what everyone was itching to hear—the rest of Side A’s hits.