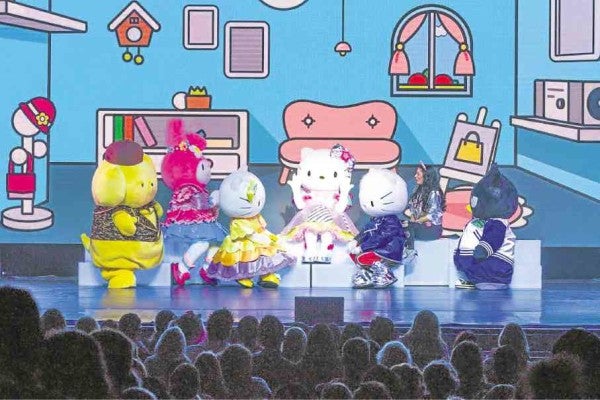 Hello Kitty, the wildly popular, red bow-wearing cat-inspired children’s character, has already been around for over 40 years.

Thus, in creating a stage production devoted to her, it is important to keep Hello Kitty’s interests and sensibilities in touch with those of this generation of young fans, but without the things that make her lovable in the first place.

“The production worked hard on modernizing her, while keeping her core values intact, like positivity, kindness and friendship,” Zen Tiger Live senior manager Serena Pellegrino said of their touring kid’s show “Hello Kitty Live: Fashion Friends,” which is set to make its Manila stop on Dec. 20 to Jan. 1, 2017, at the Meralco Theater. 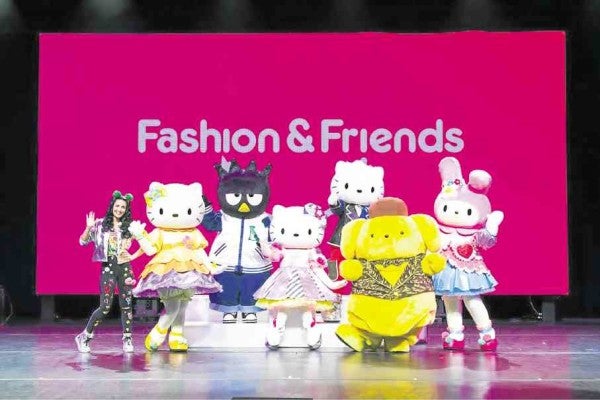 Set to a diverse repertoire of contemporary and classic pop songs, the musical explores Hello Kitty’s love for fashion and how she overcomes challenges in chasing her dreams—all with a little help from her friends: My Melody, Dear Daniel and Mimmy.

The show is mounted in cooperation with Royal Chimes Concerts and Events (call 8919999).

Excerpts of Inquirer’s interview with Pellegrino:

How did you make Hello Kitty keep up with the times? The littlest details have been considered. In particular, we paid a lot of attention to the way young people communicate these days—from the language to the technological supports they use.

Kitty is up-to-date and so is her musical environment. The music ranges from girlish pop songs teenagers love, to classy evergreens. The intro and outro themes are original tracks, composed by various music artists.

Will there be “human” characters, too? Actress Katrina Flavell plays the role of Sophie, one of Hello Kitty’s friends. She accompanies the audience as the story unfolds. She also leads all the interactive moments.

How interactive is this musical? The characters onstage and the animations showed on the big screens interact with the people. There are giant balloons…A lot of games were designed for children of all ages. We don’t want to reveal too much, though.

What lessons does this show impart to children? To believe in yourself and be as creative as you can. And that great achievements can be obtained only through hard work and cooperation, and that friendship, generosity and altruism help one in succeeding in life.