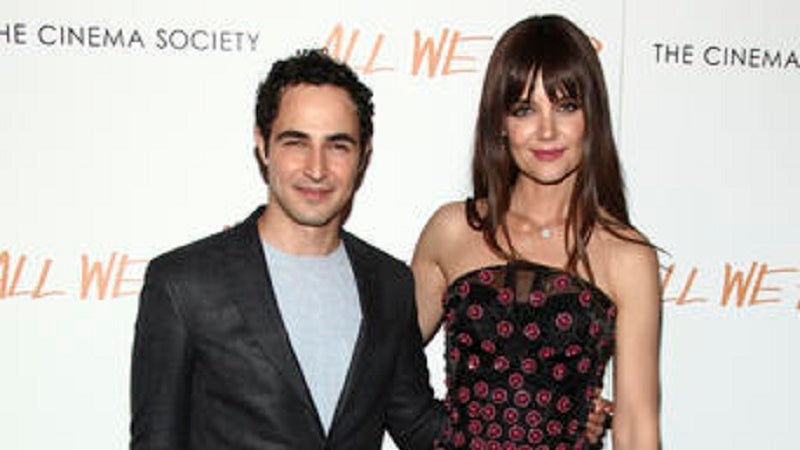 Zac Posen, left, and Katie Holmes, attend a special screening of “All We Had,” hosted by The Cinema Society and Ruffino, at the Landmark Sunshine Cinema on Tuesday, Dec. 6, 2016, in New York. AP

LOS ANGELES  — Katie Holmes is a single mom raising a daughter and that’s the subject of her feature film directorial debut, “All We Had.”

The 37-year-old actress stars alongside 18-year-old Stefania Owen in the film about a mother who finds herself living in a car with her daughter and looking for a new start. Holmes said it’s a specific story but one she can relate to.

“And definitely being a daughter and being a mother, I understand that love and that bond. And I think it something that should be highlighted and celebrated in film.”

Holmes, who in real life is raising her daughter Suri, said her work for directors like Curtis Hanson and Ang Lee over the years taught her how to lead actors on a set. She also said she found inspiration in such films as “Alice Doesn’t Live Here Anymore,” ”My Own Private Idaho” and “Thelma and Louise.”

“I have figured out how I like a set to run and what makes me feel good as an actor. And that’s what I try to do for my actors. Then you just kind of go for it. It’s like the starting gun goes off and you’re just running,” she said.

The movie, based on Annie Weatherwax’s novel, is set during the 2007 economic crisis and features Holmes teetering on the edge of poverty. It co-stars Luke Wilson, Richard Kind and Mark Consuelos, and comes out on Friday.

“It was important to me to inhabit this role because there are so many people who struggle so much on a daily basis,” Holmes said. “She never loses hope. There’s so many people that work so hard and they aren’t celebrated.”

Owen plays the daughter, Ruthie, and said she was inspired by Holmes’ transition from movie star to the person behind the camera.

“I learned a lot,” she said. “It never felt like a big deal transitioning from being an actor to a director. And I really do want to direct my own film and also act in it. She added: “That’s definitely on my bucket list.”

Holmes was promoting her movie a few days after Lucasfilm head Kathleen Kennedy implied in an interview that there weren’t women directors with enough experience to helm an upcoming “Star Wars” movie.

“I was inspired by people like Kathleen, by people like Jane Rosenthal, Jodie Foster — to take on this role as a director and to find this material in particular,” Holmes said. “Because I do feel as a woman, you have to be proactive and you have to find the roles, you have to create the roles for yourself. At least, I want to do that for myself, because I want to play certain kinds of roles. I don’t want to wait.”