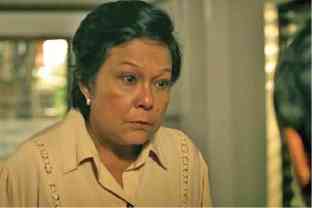 For Nora Aunor, the Metro Manila Film Festival (MMFF) committee’s move to prioritize quality over box-office appeal in selecting the movies that will comprise this year’s roster, was a much welcome change.

“Back in the day, this event used to showcase films like ‘Ganito Kami Noon, Paano Kayo Ngayon?’ And we don’t see a lot of movies like that making it in the lineup for many years. Now, they’re trying to bring that back, and it’s heartening. We’re thankful for that,” she told reporters at a recent press conference for her MMFF entry, “Kabisera.”

The Superstar likewise approved of the MMFF selection committee’s decision to require prospective producers or film outfits to submit completed or picture-locked movies, instead of mere scripts, as it had conventionally been.

“A good script doesn’t necessarily translate into a good movie, because it still depends on the execution. The movie may turn out to be lacking in some aspects,” she pointed out. “But then, there are some scripts that aren’t as impressive at first glance, but transforms into something beautiful once shot.”

In fact, the script of “Kabisera,” a family drama codirected by Real Florido and Arturo San Agustin, didn’t make the cut last year.

“Maybe it was a blessing in disguise; we had more time to polish our movie,” Nora, 63, related, adding that it’s fine to show independently produced films during Christmastime, or any time of the year.

Nora, however, just has this slight reservation: “The only problem I can see is that the filmmakers could end up rushing their work. Of course, ample time is needed to produce a good movie.”

In “Kabisera,” Nora portrays Mercy de Dios, a mother who must hold her family together, after their seemingly picture-perfect lives go into a downward spiral. “I could relate to the role in a way, because I was the breadwinner of my family. And my family life hasn’t been perfect, either, as you all know,” she said.

The MMFF has always been close to Nora’s heart. After all, the event had showcased some of her finest works, such as “Himala” in 1982, and more recently, “Thy Womb” in 2012.

“It’s that time of the year when celebrities like us get to make people happy. As a moviegoer, there’s that thrill of seeing a film on the first day,” said Nora, who has won the MMFF best actress trophy a record eight times.

Although it has yet to even kick off, the MMFF has already been rife with criticism, with some netizens predicting that the festival wouldn’t earn as much as it did in previous years.

“Well, you can’t say that,” Nora said. “But I’m hopeful that the audience would come out and support this year’s movies.”

Nora also doesn’t mind if people think that this year’s festival isn’t “as star-studded”—it’s their own opinion, she stressed. “If that’s what they think, fine. Why would I be offended? I’m just thankful that we made it in this year’s lineup. I feel like I don’t have anything left to prove.”