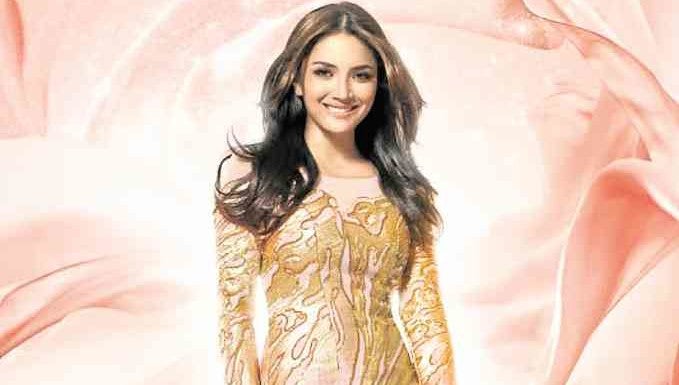 Malaysian celebrity Fazura, whose namesake reality program on the E! channel has given her considerable exposure in Southeast Asia, now has her sights on penetrating Philippine show biz, particularly the music scene. And having just worked with Filipino artists on a new song, she has already gotten a foot in the door.

“I am grateful that, in a way, I have been able to capture the interest of people from different countries in our region. I have been so blessed to have a career in my native Malaysia and Indonesia, and I hope I get the chance to do the same here in the Philippines,” said Fazura, who recently recorded the song, “Nothing Like Pag-ibig,” with local pop-R&B singer Jason Dy.

“It is about two people in love; about celebrating our differences and, at the same time, being one,” she said of the duet, which was written by Jungee Marcelo. “I would love to learn Filipino, so I could someday perform a song in the language.”

Of the many hats she wears, Fazura, who’s also known as Nur Fazura Sharifuddin, said that acting is what she would consider her forte. But while she has been singing professionally for only over a year, the 33-year-old star has always been into music.

“I have enjoyed singing since I was a kid. But I wasn’t sure I wanted to pursue it early on, because there were already so many singers around.
Luckily, I have supportive family and friends, who encouraged me and told me that it is never too late to pursue my dream,” she told the Inquirer in a recent interview arranged by her current label, MCA Music.

And she’s not in it for fun. “I enjoy performing a lot; it’s a different feeling, and I am determined to get better at it. I practice every day. I take lessons, too,” related Fazura, who leans toward pop and electronic dance music. “Sia and Beyoncé are some of my favorites.”

“I hope to do as much as I could here. A lot of people have been telling me that maybe I can do hosting stints, too,” said Fazura, who was linked to Piolo Pascual not too long ago.

Fazura started her career in the Malaysian entertainment industry as a host, before branching out into acting, which she has been doing for the past 15 years. But it was her reality series, “Facing Up to Fazura,” that arguably brought her wider recognition.

“Before I did that series, I didn’t know how much of an impact it would make. I was actually recognized by a Filipino immigration officer, who said, ‘You are Fazura, right? I know your show,’” she related. “I have also been getting lots of love from the locals in my social media accounts.”

“I think it would be easy for me to work here,” Fazura added, “because Filipinos are so welcoming.”