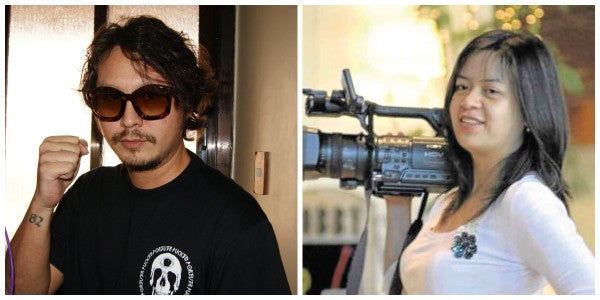 (Updated, 8:41 p.m.) The Professional Artist Managers, Inc. (Pami) has imposed sanctions on actor Baron Geisler and director-producer Arlyn dela Cruz over the “pissing” incident on the set of the independently produced movie “Bubog.”

In a statement, dated Dec. 3 and furnished by Pami president June Rufino to the Inquirer, the group of talent managers recounted that it had received a letter of complaint from actor Ping Medina dated Nov. 30.

In the letter of complaint, Medina recalled that “Baron [had] urinated on my torso and face without my permission.”

Pami said in the Dec. 3 statement that it “strongly condemns” Geisler’s “disgusting act and behavior.”

After “thorough discussion and deliberation,” Pami then decided “unanimously…to inhibit all our artists from working with Geisler in any movie and television projects for an indefinite period.”

Vegafria assured Pami that “he will refuse to accept any projects until such time that Geisler is mentally fit and psychologically stable to resume his work as an actor.”

The Pami statement also related that Vegafria had lodged a “formal complaint questioning…Dela Cruz’s [ability] to exercise control and assume full responsibility on the set, that could have prevented this regrettable incident [from happening].”

Pami explained: “As managers, when we send our artists to the set, it is with our complete trust that the producer and director will protect and ensure the safety of our artists.”

That is the reason why Pami “has unanimously agreed to inhibit all our artists from accepting projects involving Dela Cruz.”

Rufino told the Inquirer that Pami has not decided yet until when the sanction on Dela Cruz would be in effect.

Pami ended the statement, thus: “As always, Pami is together with the industry in aspiring for a healthy, safe and professional working environment.”

Sought for comment on the Pami statement, de la Cruz asked the Inquirer a series of questions seemingly addressed to the managers’ group:  1. How can you sanction a non-member? 2. Was there a hearing? 3. Were they there?

She added: “May shooting ako bukas. (I have a shoot tomorrow.)”

“I understand where they are coming from, but I am not shaken. We all know the truth [about] what happened there on the set in that scene,” dela Cruz said. “I will continue doing films and I am confident that there are actors who will continue to trust me.”