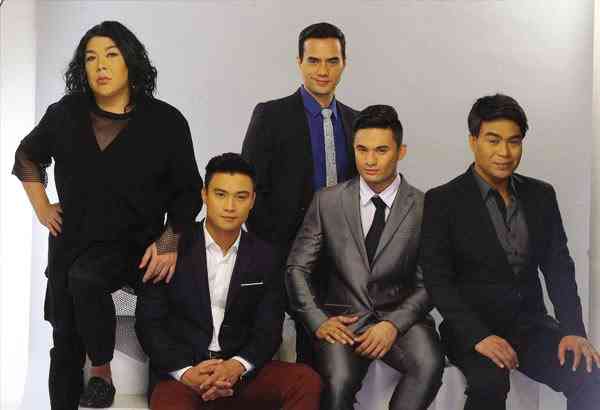 In the screen gender-bender, the lives of five gay men intersect: Popular screen heartthrob Champ Reyno (Edgar Allan Guzman) goes missing after his sex video with another guy goes viral. He later resurfaces with a “girlfriend” (Bela Padilla) in tow.

Tommy (TJ Trinidad), who works in the company Champ endorses, fails to get the promotion he thinks he deserves—because he’s gay!

Promiscuous call center agent Jet (Prince Stefan) is facing a more pressing problem—he fears he may have contracted HIV after he learns that a former “acquaintance” has committed suicide soon after testing positive for the dreaded virus.

Mandy (Joey Paras), a “former” homosexual, is just hours away from marrying Judith (Cai Cortez), but is getting cold feet about the impending marital plunge. A friend (Atak) comes over to help him exorcise his “affliction.”

Like Ishmael Bernal’s “Working Girls,” the quick-paced movie is told within the confines of a comic narrative that tackles a string of relevant issues: gender discrimination, spousal abuse, the HIV epidemic, the proliferation of sex video scandals, and gay men who make a conscious decision to marry heterosexual women.

The exigent issues are sometimes weighed down by the production’s conscious decision to continually up the comedic ante. For the most part, however, each character’s dilemma is unsatisfactorily resolved.

On point of performance, Trinidad is commendable for resisting to overperform his character’s gayness. Just as effective is the earnest (and uncharacteristically graceful) Lapus. However, the portrayals of the rest of the cast are perfunctory at best.

Paras’ story feels particularly long, ridiculous and unimpressive as we see his character being subjected to aversion therapy to help him get over his undesirable homosexual proclivities.

Notable for their fetching presence, some supporting cast members add texture to the film’s belabored stories: Padilla as Champ’s bratty, “prearranged” sweetheart is watchable; Madeleine Nicolas is spot-on as Gorgeous’ obstinately insensitive mother, and Raval shines in his short but attention-calling cameo.