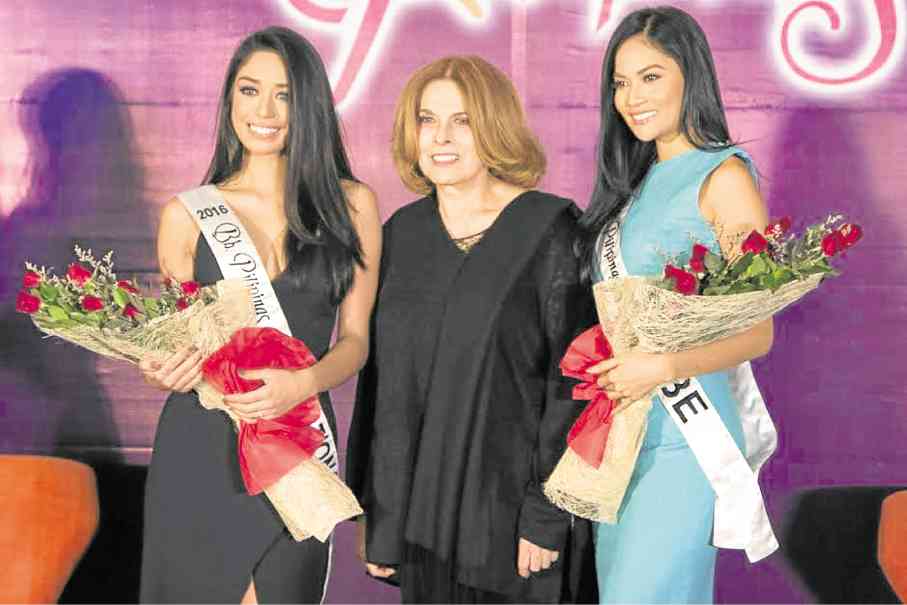 (Editors’ Note: This story which came out today, Nov. 28, should’ve been posted a day earlier. We would like to apologize for the lapse. Nichole Manalo failed to give the Philippines a second consecutive Miss Globe crown but she landed in the Top 10 and was also named Dream Girl of the World. Full story here: PH bet fails to win Miss Globe 2016, lands on Top 10)

The Binibining Pilipinas Charities Inc. (BPCI) is optimistic that the country will sustain its recently earned reputation as a world pageant powerhouse with the Philippines’ standard bearers to the Miss Globe contest in Albania and the Miss Supranational tilt in Poland.

She is the youngest sister of 2002 Miss World finalist Katherine Manalo and 2009 Miss Universe contestant Bianca Manalo. Nini Ramos-Licaros, the first woman to be crowned Binibining Pilipinas-International, is their aunt.

Nichole is competing amid a lot of expectations from Filipino pageant followers, especially because the reigning Miss Globe, Ann Lorraine Colis, is from the Philippines.

“More than being pressured, I’m inspired to go for a back-to-back victory,” Nichole told media men in a press conference held at the Novotel Manila in Quezon City recently.

“I trained hard and I promise to do my best to make the Philippines proud,” she added.

“As you all know, I’m having a hard time being flirtatious,” she revealed, saying the Miss Supranational winners tend to exude a certain level of fierceness.

“I really worked on perfecting that walk and the aura that the Miss Supranational pageant is looking for,” Joanna added.

But she noted that she would be a different kind of queen than 2013 Miss Supranational Mutya Johanna Datul, the first Filipino to win the crown.

The 2016 Miss Globe pageant will culminate tonight, while the 2016 Miss Supranational finals will be staged on Dec. 2 (Dec. 3 in Manila).

No telecast or streaming details on the Miss Globe coronation ceremonies have been announced as of press time, but the Miss Supranational finals night will be seen via livestreaming on the pageant’s different online platforms.