After all, CI thinks nothing of “using” other famous people—just to gain the fickle public’s attention.

IP was able to figure out CI’s game plan from the start.

Obsessive CI can’t take no for an answer.

Seems Major Celebrity has the habit of sweeping intrigues under the rug.

There’s talk that MC once bought all copies of a shameful project. MC likewise did the same thing for Sultry Partner.

SP was caught in an embarrassing bind—after past indiscretions ended up in a “greatest hits” DVD in the market.

To assuage SP’s feelings, MC supposedly went on a shopping spree—snapping up all the copies of the offensive DVD in the market.

What MC did for love.

Although she looks demure and delicate, MW can transform into a fire-breathing dragon when it comes to protecting her territory.

In the parking lot of the studio, MW confronted GB. MW bared her fangs and slapped GB silly.

GB was spooked and broke up with PS.

Respected Veteran and Assertive Neophyte met by chance in a forum on industry matters months ago.

As luck would have it, AN is now in a position to shake things up and initiate changes in Tinseltown.

RV thought AN would be open to further discussions on how to improve the current situation in the biz.

RV reached out to AN.

Needless to say, RV was turned off, big time.

GD has always been suspected to be gay because she was never linked to any male celeb.

High-school buddies insist that GD used to court female classmates when she was a teener.

GD has always been boyish, they recall.

Well, GD is able to put to good use her manly ways in her latest endeavor where she is required to perform all sorts of stunts. 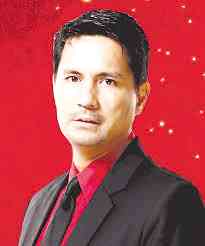 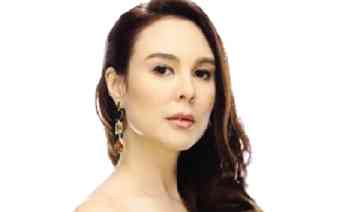