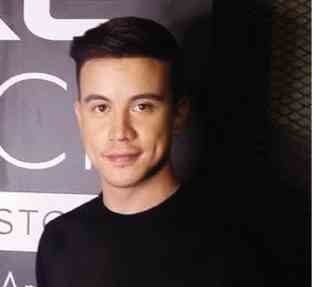 Actor Arjo Atayde, known to the public as the sinister Joaquin Tuazon in “FPJ’s Ang Probinsyano,” said that, in real life, he is really a hopeless romantic and usually goes “all out” when falling in love.

“That’s why it took me three years to date again after my last relationship,” Arjo told reporters during the launch of Axe Park, which is part of the fragrance brand’s Concept Store campaign series.

“It was a fun three years for me. The last relationship I had lasted seven and a half years,” the actor said.

Arjo recently started dating a girl, whom he refused to identify. However, he did say that like him, she is also a talent of ABS-CBN. “We’re still in the getting-to-know stage. We hang out once in a while, when time permits,” Arjo said.

He added that they have gone out to see a movie once and had dinner several times. “I find time for her as much as I can. I want to be able to know her in person rather than just through text messaging.”

Asked what makes them click, Arjo said: “She has all the traits that a guy would look for. She is simple, kind and easy to get along with. She’s also very funny. I enjoy talking to her. I’m trying to find out if we’d really get along.”

Arjo said the girl has already met his mom, veteran actress Sylvia Sanchez, a month ago. “Mom is cool with it. She just reminded me not to lose focus. They met on my birthday,” he shared with the Inquirer. “She is from Zamboanga. I guess Mommy is OK with her because they’re both bisaya.”

It was Arjo’s portrayal of Joaquin that made him a household name. He admitted that being in character on the “Ang Probinsyano” set almost daily was sometimes hard to shake off.

“I unconsciously become the character sometimes. I would get irritated easily. I would snap. When this happens, I sit for a while and take a breath. In real life, I’m really very chill and laid-back. I manage anger easily.”

Arjo added that he would often watch his own show because he wanted “to check for mistakes. As an actor, I have set a standard for myself that, sadly, I have not met even until now. I’m a little hard on myself. It’s a good thing, in a way, because it helps me work harder. It pushes me to learn the craft even more.”

Arjo said he would often check for “fluidity” in his performance. He explained: “It’s how you adapt to the character’s life and how you deliver your lines. I’ve always wanted it to be natural. My question is always, ‘How would a normal person say it?’ It’s a constant personal battle. I would also ask myself, ‘How would I differentiate myself from my last character?’ As an actor, that’s the hardest part for me.”