A Prince (Stefan) comes out of the closet 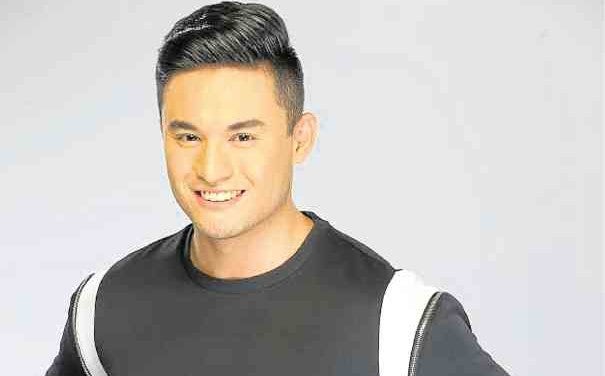 “I guess I grew tired of fooling other people—and myself. I just wanted to be happy—and now I am,” said actor Prince Stefan, whose recent coming out as gay, confirmed persistent rumors about his sexual preference.

“But, to be honest, I don’t think I was fooling anyone in the first place,” he told the Inquirer, laughing.

Prince, a product of the fourth season of the reality talent search, “StarStruck,” didn’t mind being paired with a female actress or being in a love team. He didn’t exactly like it, but he could fake it, act it out. But doing action? Now that was something else, he admitted.

“I did projects in which I had to do gun fights, chase scenes. So, of course I did my best to act all manly and tough. But deep inside, I was thinking, ‘Ano ba ’to, girl!’” Prince recounted. “But I couldn’t say it out loud, because I was still in the closet then.”

It wasn’t until recently that he felt that it was men he truly preferred. He has had girlfriends, even courted some celebs, Prince related. “There was a time when I thought I still wanted to be straight. Niligawan ko sina Andrea Torres, Glaiza de Castro and Lovi Poe,” the 27-year-old actor said. “But things change.”

Prince knew that his decision to open up about his sexuality would jeopardize his career, so he immediately thought of a contingency plan. Maybe he could work abroad, or continue with his networking gig.

Fortunately, a movie offer from Viva Films fell on his lap. He joins John Lapus, TJ Trinidad, Edgar Allan Guzman and Joey Paras in the comedy flick, “Working Beks,” which is directed by Chris Martinez and opens on Nov. 23.

“Working these days is a joy. Acting is so much easier because there’s no more pretension… Sometimes, I don’t even have to act at all. It all comes out naturally now,” related Prince, who plays Jet, a promiscuous call center agent whose world is turned upside down when he finds out that one of the guys he went out with committed suicide after getting diagnosed with HIV.

“This project is special to me, because this is my first time to portray a gay role after coming out,” said Prince, whose recent guesting on Mo Twister’s podcast caused a stir.

In the said conversation with the controversial radio-internet personality, Prince revealed that he once hit on his “StarStruck” batchmate, Aljur Abrenica. He related that, once during an out-of-town gig, he shared a room—and then a dip in a bathtub—with Aljur, whose “member” Prince wasn’t too impressed with.

Prince, however, stressed that he and Aljur are good friends. “We are close; we just laugh at these things. It was just a fun interview, but I get why some people took it differently,” Prince said. “Well, maybe I shouldn’t have answered the question about the size.”

Asked who his celebrity crushes are, Prince said he prefers morenos, like Zanjoe Marudo, Ejay Falcon and Derek Ramsay, and Piolo Pascual, of course. He also revealed that he had hooked up with some actors in show biz, but promised not to reveal their names.

“I know the feeling of not being out, and we don’t have the right to out someone,” he said.