No blockbuster fare in this year’s MMFF

“These films have substance. We’re proud to say that what we will showcase this year are good products. These films are worth our while,” Tiongson assured reporters during the media launch of the 2016 MMFF at the Club Filipino on Friday afternoon.

“Let’s not dumb down the audience,” Tiongson said in reaction to questions by the media on the lack of the usual blockbuster fare, featuring big-name actors.

Tiongson said the commercial viability of a film was not the first concern but its quality. “Even their genres were only a secondary consideration,” he pointed out. “The process of choosing them (from 27 hopefuls) was easy. One cannot say that we were influenced by the other judges because we did not talk to each other the whole time. We didn’t see the results until the day of the deliberation. We checked against our individual ratings and we were surprised that we all agreed with the choices.”

Those that will be competing in the full-length category are “Die Beautiful” by Jun Robles Lana; “Kabisera” by Real Florido and Arturo San Agustin; “Saving Sally” by Avid Liongoren; “Seklusyon” by Erik Matti; “Sunday Beauty Queen” by Baby Ruth Villarama; “Oro” by Alvin Yapan; “Vince, Kath and James” by Ted Boborol, and “Ang Babae sa Septic Tank 2” by Marlon Rivera. 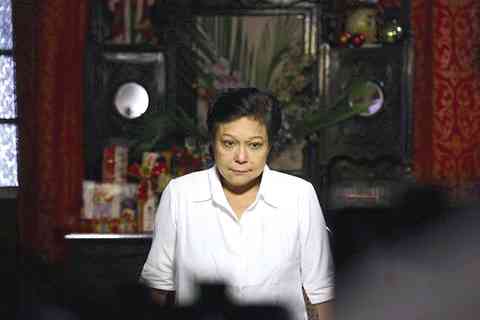 Screening committee member Mae Paner pointed out: “There are 365 days in a year. What we’re asking is for these eight good films to be appreciated by the Filipino audience for only two weeks. I guess that’s not a lot to ask.”

“We are confident that they will be well-received by the majority of the audience, especially (the animated film) ‘Saving Sally,’ which is really a film for children and the kids at heart,” Paner stressed. “I can say the films in this lineup are all awesome. People will look forward to watching them and that word will eventually spread.”

Read Next
Oldest int’l beauty pageant returns after decade-long hiatus
EDITORS' PICK
Unleash the photographer in you this World Photography Day with vivo smartphones
Look Through: The fate of impounded stray dogs
DOH says COVID-19 cases plateauing, but public shouldn’t be ‘complacent’
What to watch out for when selecting a video surveillance solution
23,000 cops to be deployed nationwide for school reopening
House energy committee chair Arroyo bats for cheap electricity
MOST READ
Sharon Cuneta asks for prayers for friend in ICU who suffered silent stroke
Light therapy could be the answer to your sleep problems
Korina Sanchez reunites with former ABS-CBN co-anchors Julius Babao, Cheryl Cosim
Solons file resolutions seeking probe on ABS-CBN, TV5 merger
Don't miss out on the latest news and information.