4 ‘Divas’ compete, not against each other, but against themselves 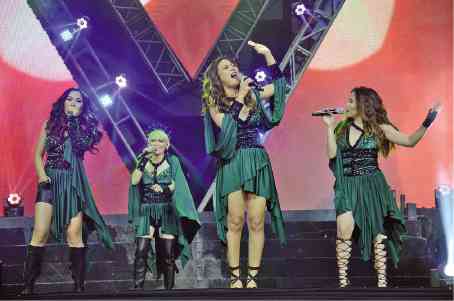 “Divas: Live in Manila.” Looking at the title of the concert alone, one may have conjured up images of Kyla, Angeline Quinto, KZ Tandingan and Yeng Constantino in ravishing frocks, locked in a ferocious showdown of who can belt the highest, hold a note the longest or rifle through a run the fastest.

But as the night wore on, it became increasingly clear that if there were any competition, it wasn’t against each other, but against themselves; that the purpose wasn’t to outdo each other, but to stamp their individuality by accentuating their respective musical styles and talents.

In her piano-driven, cabaret-inspired rendition of “You Give Love a Bad Name,” Yeng, who is closely associated with the punk and pop-rock genres, showed the various textures to her voice, using sensuous soft tones to flirt and growls to project grit.

She was, however, still at her most compelling with an acoustic guitar cradled in her arms, performing compositions she penned, with bare-bones to minimal arrangement, as in “Jeepney Love Story.”

Among the four artists, Angeline was perhaps the closest embodiment of what many Filipinos would consider a diva—a clean, beautiful tone, effortless power and a seemingly infinite supply of air. Her set, as expected, was composed mostly of ballads and teleserye themes, which she tackled with a quiet self-assurance.

She was also charming, the most unintentionally funny. “Hindi pa ba kayo nabibingi sa mga kinakanta ko?” she jested, eliciting laughter from the crowd at the Smart Araneta Coliseum.

In “The Impossible Dream,” she appeared to have panicked for a second and had to stop singing, as she was being fastened to a harnessed swing. But swiftly she regained her bearings. And when at last she was hoisted higher into the air, so was her voice. 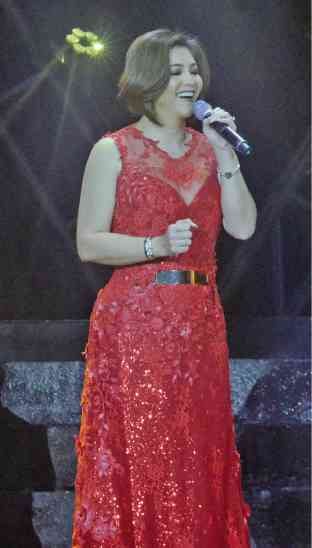 If Angeline had the power, Kyla had the agility—lacing otherwise straightforward love tunes such as “Till I Met You” with fluttery scales and sweet falsettos and head tones. Her strongest number, a delightful rendition of “Don’t Worry Be Happy” that was prefaced by a snippet of “Emotions,” was a vocal marathon that tested her performing endurance and versatility.

Things vacillated in tempo, from a breezy stroll to a frenetic race. But Kyla stayed firmly on top, never breathless and in danger of getting outpaced by the music.

KZ didn’t have the vocal range of her peers. But she had a voice so stunningly emotive, one could almost feel the pain coursing through her convulsing body and spilling out of her fingertips, as she sang “Mahal Ko o Mahal Ako”—the hit song that took her career out of a plateau.

Quite the firecracker, KZ, who lean toward jazz and soul, brought the house down with a frenetic take on the hip-hop banger “Sumayaw Ka,” which had her pulling off sharp, spastic moves. 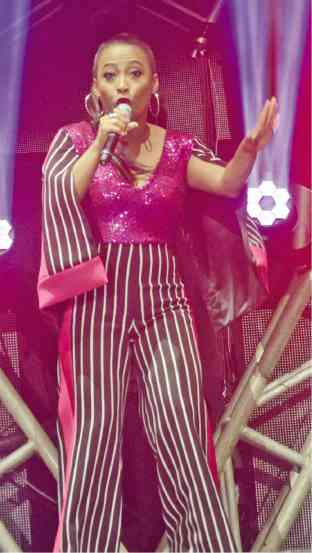 It was only fitting that, toward the end of the concert, KZ, Yeng, Angeline and Kyla paid tribute to a music artist they are all inspired by—Regine Velasquez-Alcasid.

Singing with Regine proved to be an emotional experience for the show headliners. KZ did “Kailangan Ko’y Ikaw”; Yeng, “Pangako”: Angeline, “Dadalhin”; and Kyla, “Pangarap Ko ang Ibigin Ka.” And in these duets, Regine—despite sounding a bit hoarse—could have still easily wiped the floor with the other ladies.

And after setting off vocal fireworks in “Shine,” they all huddled and locked in an embrace as the crowd applauded while on its feet. For these divas, the spotlight was always meant to be shared.