Few Filipinos exert time and effort to find out who arranged their favorite Filipino tunes.

They know their singer and perhaps their composers, but most likely not the individuals responsible for putting the needed flourish to make original compositions come alive, or that welcome twist to make oft-covered love songs fresh again.

Among these little-known heroes is the highly regarded Eddie Munji III, who died four years ago this month. So we’re paying tribute to his exceptional musicality with this article.

“Umagang Kay Ganda” sung by Ray-An Fuentes and Tillie Moreno; Odette Quesada’s “Friend of Mine”; “Ngayon” popularized by Basil Valdez; and a string of enduring hits written and performed by the Apo Hiking Society are but a few of OPM hits that benefited from Munji’s genius.

If musical arrangers were in the world of fashion, Eddie is haute couture. He wasn’t contented with “ready-to-wear, off-the-rack” work, songwriter Ryan Cayabyab told the Inquirer.

The artist who taught himself to play various instruments—though he was at his best with the guitar—was gifted instead with a fine sense of style and discriminating taste.

The musician rose to prominence following the release of his groundbreaking “Pinoy Jazz” album, produced in 1978 by the defunct Jem Records. The recording includes intricate, jazz-inspired arrangements of folk songs like “Pamulinawen” and “Doon Po sa Amin.” 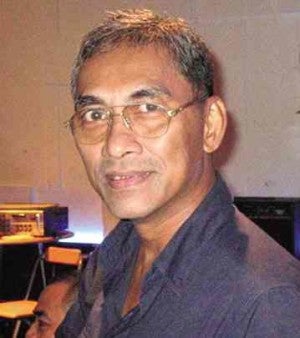 They featured a booming horn section that the seasoned arranger favored in his arrangements, evidence of the heavy influence of jazz and big-band music in his music.

As AMP Big Band leader Mel Villena said in an interview, Eddie was one of few arrangers who was able to “marry” jazz and pop music, and made what came out of that heady fusion accessible to the mainstream market. 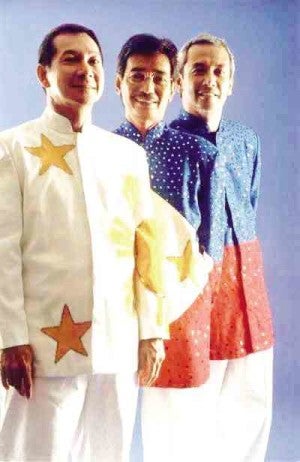 Eddie was initially a guitarist for Apo, and Jim fondly remembers the days when they toured the United States and Canada, just after he, Boboy Garovillo and Danny Javier decided to go full-time with their singing trio.

It didn’t take long for them to realize that they had a rare talent in their midst, and this came to the fore in “Mahirap Magmahal ng Syota ng Iba,” which was written by Jim in 1976 and became the first Apo song arranged by Eddie.

It was Jim who gave Eddie the task to put together the “Pinoy Jazz” album, and while it was more of a critical rather than a commercial success, Jim noted that it was a groundbreaking album that was way ahead of its time.