Joyce Ching: Education is a sacrifice, but I have to persevere | Inquirer Entertainment
Close
menu
search

Joyce Ching: Education is a sacrifice, but I have to persevere 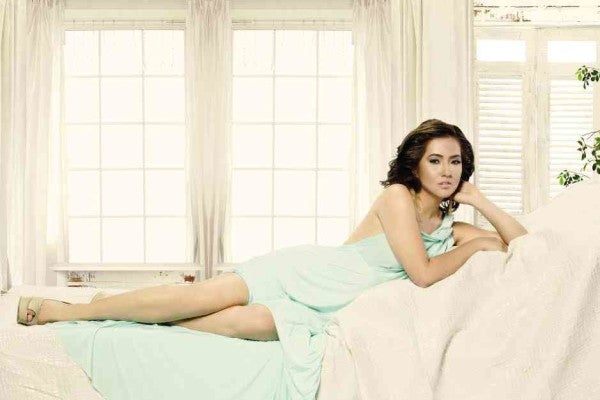 Inspired by the recognition Filipino independent films reap in the international scene, Joyce Ching said she hopes to come up with her own someday.

“It has always been my dream to write and direct a movie. I hope to have the opportunity in the future. I’ll be happy if I get to do one, maybe two,” related the young GMA-7 actress, who is currently on her third year as a film major in the Meridian International College.

It is this aspiration to work behind the cameras that fuels the 21-year-old talent to finish her schooling, despite her busy schedule. “It’s a sacrifice, but I have to persevere. Sometimes, I go home from taping—sleepless and exhausted, but I still have to finish all my requirements,” she told the Inquirer in a recent interview.

“I don’t get much rest, but I love what I do,” added Joyce, who stressed that she wouldn’t give up acting, her first love. “It’s fun. I enjoy portraying characters that are very different from my own persona.”

But should she finally get the chance to put on the director’s hat, who would she choose as her first lead star?

Her ex-boyfriend, Kristoffer Martin, of course. “Maybe I can coax him into working for me for free,” Joyce jested. “But really, I think he’s good.”

Their romance lasted for three years, before calling it quits in 2013. The former couple has since worked in such television series as “Healing Hearts,” “Hahamakin ang Lahat” and “Paraiso Ko’y Ikaw.”

And though they have not gotten back together, the friendship remained. “We know each other very well. We’re good friends—walang halong show biz ’yan!” Joyce stressed.

Asked if she is dating anyone at the moment, Joyce said she’d rather take her time and focus on her acting career and studies. “We were young, and things happened quickly. But as we both matured, we started to find out what being in a relationship entailed—why we got into it,” she said.