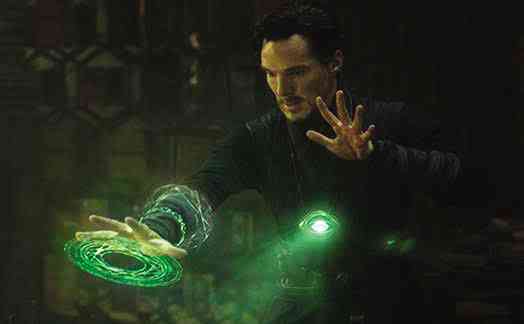 Apart from playing the charismatic titular character in Doctor Strange, Benedict Cumberbatch pulled off two major roles in the film.

Unknown to many, the 40-year-old English actor was both the hero and the villain of Marvel’s latest success film, as he also lent his voice and facial capture to the flick’s final big boss—the demon of the Dark Dimension, Dormammu.

Mads Mikkelsen, who played the treacherous Kaecilius, served as the primary antagonist throughout the movie, until the all-powerful Dormammu made his short but enigmatic appearance near the film’s end.

In a recent report from Empire, director Scott Derrickson revealed that it was actually Cumberbatch’s idea to assume the role.

“The reason for that was threefold,” Derrickson explained. “One, Benedict suggested it. [Two], the awesomeness of his voice – he was Smaug, of course. [Three,] he understood exactly who Dormammu was. He’s the ultimate cosmic narcissist. There was something great about the mirrored relationship between the two of them.”

The film’s head honcho added that Cumberbatch’s voice was slightly blended with a different actor,  so that audiences would have a hard time recognizing it.

The move proved to be vital, as both of his characters actually faced off and exchanged banters in a comical scene by the end of the movie.

Cumberbatch’s dubbing act was not a first, as he also voiced the fearsome dragon Smaug in “The Hobbit” films.  Khristian Ibarrola