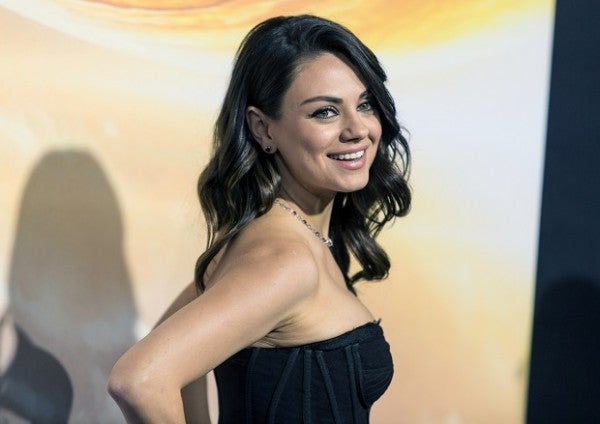 Mila Kunis has joined other high-profile celebrities such as Meryl Streep, Jennifer Lawrence and Jennifer Aniston in campaigning against Hollywood sexism.

In an open letter posted on A Plus, a digital media site owned by her husband Ashton Kutcher, the “Bad Moms” star, 33, fearlessly singled out a male producer who shamed her for refusing to pose semi-naked on a men’s magazine cover to promote her film. She titled her piece, “You’ll Never Work In This Town Again,” referring to the particular sentence the “sexist” producer told her.

She wrote, “I was livid, I felt objectified, and for the first time in my career, I said ‘no.’ And guess what? The world didn’t end. The film made a lot of money and I did work in this town again, and again, and again. What this producer may never realize is that he spoke aloud the exact fear every woman feels when confronted with gender bias in the workplace.”

The actress narrated how she formed her own production company, Orchard Farm Productions, and eventually “signed on to partner with an influential male producer.” However, she severed ties with the unnamed producer when he sent out the email, “And Mila is a mega star. One of biggest actors in Hollywood and soon to be Ashton’s wife and baby momma!”

“Factual inaccuracies aside,” she described, “he reduced my value to nothing more than my relationship with a successful man and my ability to bear children. It ignored my (and my team’s) significant creative and logistical contributions.”

In the end, she asserted that sexist comments, such as that said by the male producer, are also stridently existent in public offices, phone calls and places where women work.

“If this is happening to me, it is happening more aggressively to women everywhere. I am fortunate that I have reached a place that I can stop compromising and stand my ground, without fearing how I will put food on my table,” she said.  Gianna Francesca Catolico