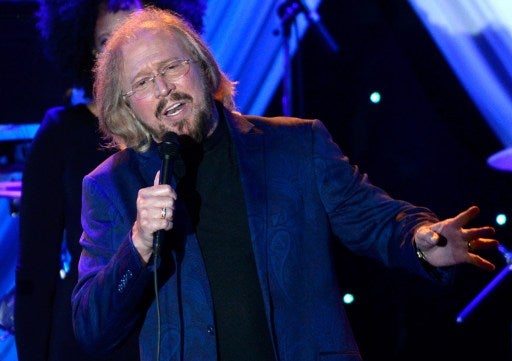 SYDNEY, Australia—Sole surviving Bee Gee Barry Gibb is keen to make music with US pop star Justin Timberlake as he pursues a solo career after the death of his brothers.

Gibb, who joined Coldplay on stage at England’s Glastonbury Festival this year, has recently released a solo album and said he wanted to work with creative people.

“I’d love to work with Justin Timberlake. That’s always been a thing in my head because I think we would click,” he told the Australian Broadcasting Corporation Wednesday.

“You gravitate towards people that are creative and that you hope that something good comes from it.”

Despite the Bee Gees being one of the world’s best-selling groups, Gibb revealed he and his brothers, Robin and Maurice, all wanted to be solo performers.

“Ultimately, we all wanted to be solo stars. That’s what groups are. Every member of the group wants individual attention,” he said.

“I don’t baulk at that, I’m simply embracing the opportunity to write songs I love and not doing everything by what everyone in the group thinks, you know? So it’s a new kind of freedom.

“I miss them very much but it’s a musical new freedom for me.”

Although British, Gibb and his brothers grew up in Australia, where the band was formed and they performed as the Bee Gees for the first time.

Maurice died in 2003 after suffering a cardiac arrest while Robin died in 2012 after a lengthy battle against cancer. A fourth brother, Andy, died from cocaine addiction in 1988.

Gibb, one of the most successful songwriters ever, admitted it had been hard to get back recording again.

“It was an exhausting time, not just for me, but for mum and Lesley, my older sister, who still lives in Australia. So, yeah, I didn’t want to for a long time. And then my wife told me to get off my backside.”