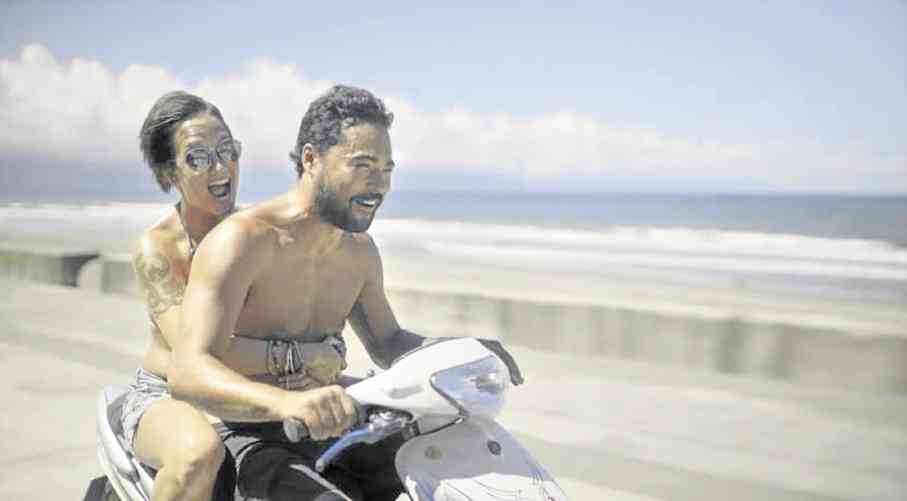 They just wanted to give it a try.

It might be as scary as surfing during a supertyphoon, but Mario Cornejo’s “little movie,” “Apocalypse Child,” is opening this week, at the same time as the Marvel behemoth, “Doctor Strange.”

Talk about chutzpah. But Cornejo and his producer Monster Jimenez, the same duobehind the acclaimed Cinemalaya comedy, “Big Time” (2005), remain hopeful—against all odds.

“We are excited and nervous at the same time,” Cornejo admitted. “Bigger films with much bigger marketing budgets have failed to reach their audiences. We know it will take real grassroots effort for our release to attain a certain measure of success. But we need to try, anyway.”

The “Apocalypse” team felt the film’s followers and admirers online deserve to see it on the big screen. “There is an overwhelming amount of love for our little movie in social media. The outpouring of affection made us decide to go beyond the film fest circuit.”

And the film, which tells the story of the supposed love child left behind by Oscar-winning filmmaker Francis Ford Coppola in surfing town Baler, has met considerable success abroad—most notably at the New York Asian Film Festival.

“In the audience poll at the New York fest, we placed fifth out of over 50 films,” he said.

“In Italy and South Korea, some of the more interesting questions had to do with our country’s colonial past,” he recalled. “My movie is about how the Hollywood film, ‘Apocalypse Now,’ swooped down Baler and left behind a surfboard and how that thing changed the town forever—creating the first Filipino surfing community.”

The innocuous surfboard has become a metaphor for American imperialism, he quipped.

After the rave reviews from foreign critics, Cornejo feltit was time for the film tocome home.

“We wanted it to be discovered by the audiences that would appreciate it the most—our fellow Filipinos,” he exclaimed. “We’ve been getting a lot of recognition abroad, but we didn’t make this film for foreign audiences.”

Which leads us back to the challenge of a commercial release in local cineplexes.

Distribution is the ultimate battleground. So, what can the government and the private sector do to assist independently produced films?

“The idea of patronage and art as an advocacy can be the best contribution of the business sector,” he noted.

If return on investment is the only gauge of success (and support), only films that appeal to the lowest common denominator would be produced, he remarked. “Easy jokes, cheap thrills and simplistic plots will rule the scene.”

Government support is crucial, as well. “Nobody may want to invest in a film on indigenous people’s rights…but it is a story that needs to be told. Government grants can allow different kinds of filmmaking to flourish.”

Cornejo, however, was perturbed by news that the budget for the National Commission for Culture and the Arts had been drastically cut. “That’s a scary thought. A country that doesn’t value arts and culture needs to take a long, hard look at itself in the mirror.”

Cornejo insisted that “the most stimulating works…often don’t have a huge market as of now.” But then again, such mavericks as Lav Diaz and Brillante Ma. Mendoza have been bringing home laurels from different festivals abroad.

“Philippine cinema is in a golden age,” Cornejo said, with pride. “We’ve never been as recognized internationally. Not even during the time of Lino Brocka and Ishmael Bernal have our films been as visible in major festivals.”

Read Next
Kiss breaks the ice for Anne Curtis and Dennis Trillo
EDITORS' PICK
Powered by style, innovation and passion
Authors unbowed after gov’t ‘purge’ of books
Taiwan’s foreign ministry thanks U.S. for maintaining security in Taiwan Strait
House energy committee chair Arroyo bats for cheap electricity
A laptop that maximizes your WiFi so you can maximize your productivity
Writers’ groups join outcry over KWF move
MOST READ
Arjo Atayde reveals proposal to Maine Mendoza was ‘more than a year’ in the making
‘FPJ’s Ang Probinsyano’ officially ends after nearly 7 years
Most wanted person in Cebu arrested — PNP
Pagasa: Cloudy Saturday with possible rain showers; LPA spotted outside PAR
Don't miss out on the latest news and information.