Message of Inquirer jingle is the brand itself 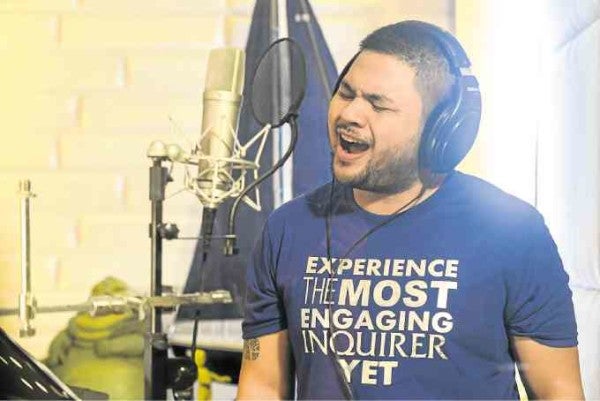 In writing the jingle for the recently launched #MyINQUIRER campaign, singer-songwriter Davey Langit need not dig too deep or wait for that elusive strike of creative lightning: The message, he said, is in the name of the brand itself.

“Simply put, there’s an Inquirer in all of us. The more we ask questions, the more we learn. And the more we talk to people who are smart and well-informed, the more knowledge we acquire … In turn, we become better versions of ourselves,” he said of the concept behind his composition, which is aptly titled “My Inquirer.”

Recorded by Davey, Ogie Alcasid, Basti Artadi and new Inquirer ambassador Lara Maigue—all talents under the ATeam (Alcasid Total Entertainment Artist Management), the song is a sprightly ditty with an anthemic vibe. “The song also talks about people’s daily struggles,” he said, adding that the jingle’s sound is made more interesting by the performers’ different musical backgrounds.

“We have a rocker in Basti, Lara is a classically trained soprano and, of course, Ogie is Ogie,” Davey pointed out. “I made sure that the arrangement suited everyone’s styles.” 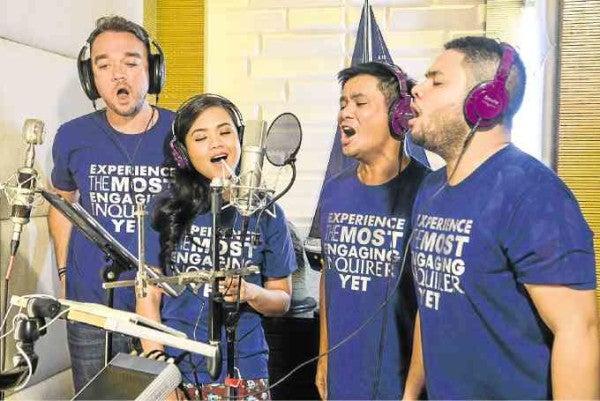 He’s also good friends with everyone in the ATeam, and that made the creative process easier. “Working with like-minded artists you’re close to is always good, because there’s familiarity and a certain level of comfort,” he said. “You are freer to voice out your opinions.”

Davey is no stranger to doing jingles. The constant challenge for him, he said, is satisfying clients’ needs, without sacrificing his artistry. “It’s a balancing act. And I believe I achieved that in this particular project,” he said.

First seen on national television as one of the “scholars” in the reality talent search, “Pinoy Dream Academy,” in 2006, Davey finished mass communications at the University of Perpetual Help in Laguna, and covered sports for his school paper during elementary and high school.

“I remember being required by teachers to get a copy of the Inquirer when he had assignments for us … Had my music career not clicked, I would’ve liked to pursue a job in journalism,” recalled the 29-year-old artist who considers writing the Inquirer song “a big honor and opportunity.” “It’s a trusted brand.”

Davey observed that, much like the music scene, people in media are now compelled to expand and utilize the different new platforms made possible by the internet. “Things move on at breakneck speed these days. If you don’t adapt, you’ll get left behind; you won’t flourish,” he said.

Basti, frontman of the seminal hard rock group Wolfgang, echoed Davey’s sentiments, saying that the internet is so deeply embedded in people’s lives now that adapting to its ever-evolving nature is imperative.

“You won’t survive if you don’t keep up. Things always worked that way, but it’s more important nowadays,” said Basti, who related that the Inquirer reminds him of his childhood. “Somehow, there was this feeling of comfort whenever I saw the paper on our breakfast table.”

Meanwhile, Ogie, a stalwart of the local music industry and a firm believer in developing Filipino artists in the field of music and production, said it was heartening to see that the Inquirer recognizes the power of music in its aim to communicate the company’s vision. “The Inquirer has always supported Filipino music, so it’s great to see them take this step and actually have a campaign jingle,” he said.