Ang Lee hopes to direct ‘Thrilla in Manila’ next year 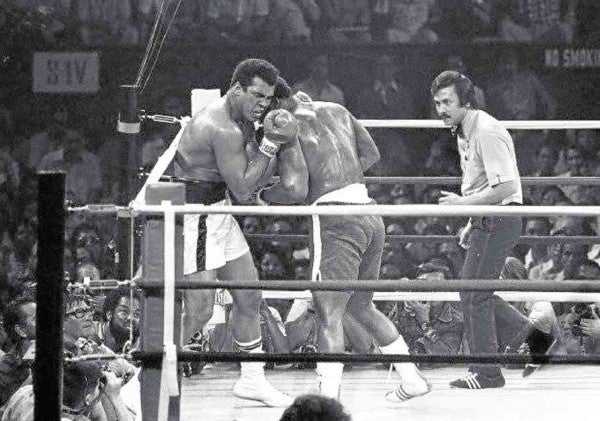 Los Angeles—“Thrilla in Manila” is going to happen again. Ang Lee, the two-time best director Oscar winner, told me recently that he visited the Philippines and talked to people to prepare for his dramatization of the epic Muhammad Ali-Joe Frazier fight in 1975.

How eager is the celebrated Taiwanese filmmaker to shoot his screen version of what many consider the greatest fight in boxing history? Ang said he actually wanted to make “Thrilla in Manila” before “Billy Lynn’s Long Halftime Walk,” which opens in the US next month.

“I want to treat ‘Thrilla in Manila’ as I always do, which is R-rated drama,” said Ang, speaking quietly and gently as usual in the Art Deco Salon of the JW Marriott Essex House in Manhattan.

“Because it’s drama and it’s more expensive than it ought to be, I am still struggling to find financing,” admitted the director behind such masterpieces as “Crouching Tiger, Hidden Dragon,” “Brokeback Mountain” and “Life of Pi.” He said, “I hope I can do it next year.”

Ang, who has also won two Golden Globe best director trophies, said, “I visited the Philippines and talked to the people who hosted the fight. I went to the sites they (Ali, Frazier and company) went to.” 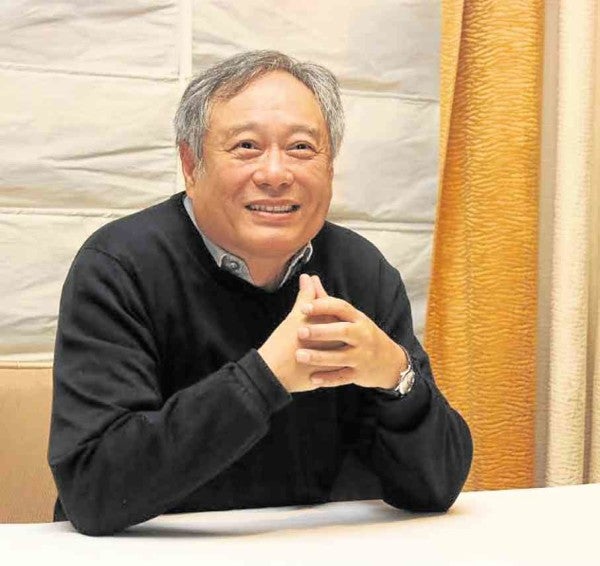 “It’s still there,” Ang said of the Araneta Coliseum, venue of the legendary Oct. 1, 1975 match. Ang added with a smile that he learned that the nearby Ali Mall was named after the boxing legend who died in June.

As to who would play Ali and Frazier, Ang answered, “I have people in mind, but I’m not going to announce it yet.” With a laugh, he added, “Because I haven’t gotten the money together.”

There are reports that Ang is eyeing Ray Fisher to portray Ali. Ray essayed the colorful, quotable champ in a play, “Fetch Clay, Make Man.” David Oyelowo, who earned a Golden Globe best actor nod for his performance as Martin Luther King Jr. in “Selma,” is reportedly being considered as Frazier.

The script, penned by Peter Morgan, whose sterling credits include “The Queen” and “Frost/Nixon,” and Dave Zirin, is ready.

“I still remember it vividly,” Ang said of the third and final fight between heavyweight champs Ali and Frazier. “To me, it was the best fight ever. It was just incredible drama.”

Ang said, in October 1975, he was in college, studying acting at the National Academy of Arts (now National Taiwan University of Arts). “The drama school was in an area with a live radio broadcast,” he said. “I remember . . . hearing that Joe Frazier was taking the lead that day. Then, we had to do something else. When we returned, Ali was coming back. It was very exciting.

“So, my first memory of the fight was from the radio. Back then, you went to a coffee shop, ordered cheap coffee or juice and watched things on the VCR, like Japanese wrestling (laughs)—that kind of stuff. So, a couple of days later, my friends and I went there and watched the fight twice.”

The soft-spoken filmmaker may use the revolutionary camera technology he and cinematographer John Toll used in “Billy Lynn” for “Thrilla in Manila.” “Billy Lynn,” based on Ben Fountain’s novel of the same name, was shot in 3D at 120 frames per second. Ang said the speed was five times that of a regular movie.

In our talk the morning after the screening, Ang enthused about the higher frame rate he was introducing. The industry standard is 24. “It’s a great way to tell a story. I am just craving to see a little more, which I started in ‘Life of Pi.’ First of all, it’s about seeing 3D clearer, because 3D is how I see things. Digital cinema allows us to be that accurate.”

He disclosed, “I wanted to do a boxing movie, and there’s no way you can see in 24 frames the expression (of the boxers), because I wanted to do action as drama. So, to make a long story short, one thing led to another.”

In Joe Alwyn, Ang found a new actor who has the crucial title role in the story set on a single day in 2004, when a platoon of Iraq War soldiers was honored as heroes (especially Billy, who did a courageous act during an attack) in the Dallas Cowboys’ halftime show.

Ang recalled how he cast the unknown Joe. “It was like ‘Life of Pi.’ You have a movie, and you need a fresh unknown actor. You just pray to God that you’re allowed to make the movie. Then, you see Joe Alwyn and it was like, ‘OK, we’re making this movie.’

“Joe is a topnotch talent. Like two minutes into his first reading, you just know. He has a compelling face.”

Ironically, Ang found his All-American Texan leading man in a British lad, Joe. The actor speaks with a credible Texan twang in the film.

“I checked with my colleagues who grew up in Texas, and they were like, ‘that is a pure, All-American accent’,” a grinning Ang said of Joe’s accent in the drama. “I wanted someone who looked like an All-American Texas boy.”

One interesting note: Mason Lee, Ang’s younger son with his wife, microbiologist Jane Lin, is cast in “Billy Lynn” as Foo, a member of the Bravo Company being honored.

The proud dad said about casting Mason, who can be mistaken for a Filipino, “Mason plays the young soldier who isn’t in the book (but I added) for selfish reasons. I got an OK from Ben Fountain. He said, ‘Why didn’t I think of that myself?’ There is five percent of Asian soldiers in the infantry. So that was one selfish reason, because I thought Asian soldiers should be represented.

“Secondly, I wanted to boot camp Mason (laughs). It’s a bit of pressure on Mason. He went extra hard in the boot camp, but he came out quite all right. He is really cute with all of the soldiers there.”