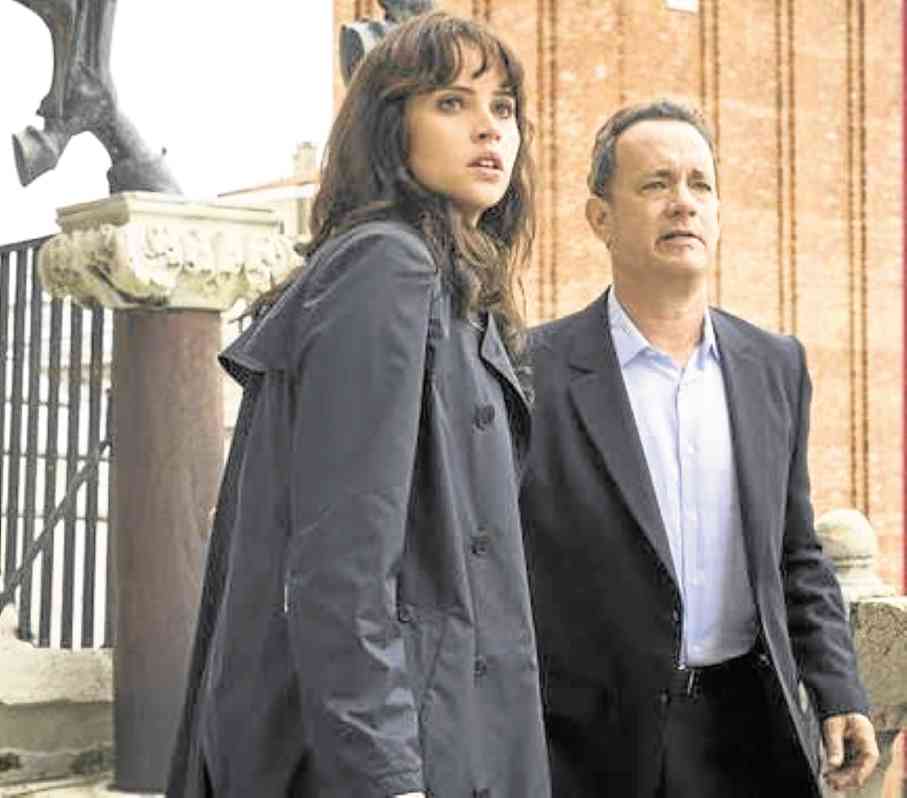 Hanks and director Howard are back for another adaptation of a Dan Brown novel. “Inferno” skips the touchy, religion-themed conspiracy that made the first film, “The Da Vinci Code,” quite intriguing, and opts to tread relatively safer territory, after its “corrective” sequel, “Angels and Demons,” unruffled feathers.

The antiterror thriller is rather run-of-the-mill, not quite as immersive as the controversial glimpse into the possible nature of the Christian messiah figure, but it’s watchable just the same.

The plot to unleash an inferno of sorts sends rival groups scampering—the inquisitive Langdon gets himself in the crosshairs of those factions, as he deciphers clues inspired by nightmarish visions of poet Dante Alighieri’s underworld. Suffering from partial memory loss, Langdon teams up with
his doctor, Sienna (Felicity Jones), who happens to be his longtime fan.

Hanks’ Robert Langdon is aging, though he’s still quite accessible as the do-gooder who, while not imbued with action-hero physicality, surmounts challenges with quick-thinking tenacity—and lots of luck.

This time, however, it hardly feels like he’s in any terrible danger, despite all the supposedly daunting problems thrown his way.