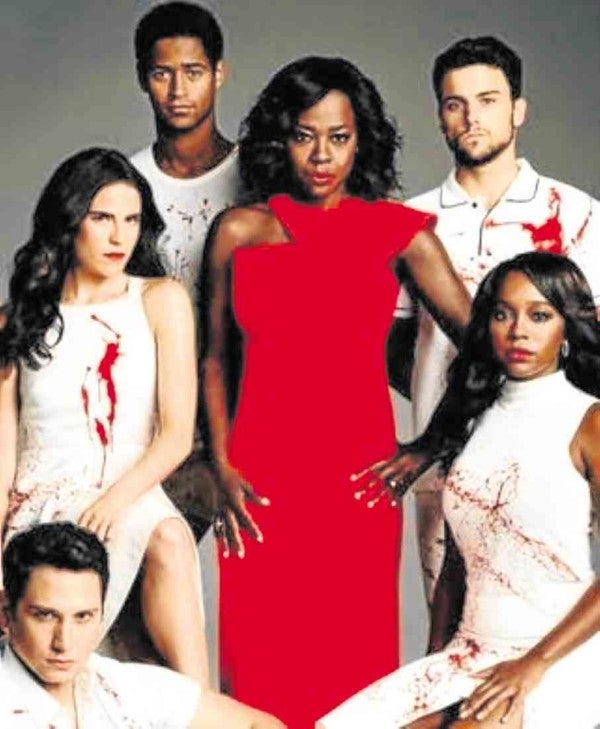 Three episodes into the third season of “How to Get Away With Murder,” it becomes clear that the unconventional crime-drama series still has more grisly and scandalous tales to tell—despite resorting to a formula that can get tiring from time to time.

Every new murder mystery bookends each episode—this one fast-forwards two months into the future, where criminal law professor Annalise Keating (Viola Davis) devastatingly discovers her house burning and an unidentified body being wheeled away from the area.

But wait, there’s more: This time, Annalise is being accused of an unspecified crime, details of which trickle in just before the end of the episode.

While the previous season’s complicated scenarios dealt with the aftermath of the original crime—the involvement of Annalise’s students in the death of her philandering, murderous husband, Sam (Tom Verica)—a lot of truths were revealed, with only one known loose end from Season One still haunting her and her team at the start of the current season (Sony Channel, Fridays, 8:50 p.m.).

She and her students—Wes (Alfred Enoch), Connor (Jack Falahee), Michaela (Aja Naomi King), Laurel (Karla Souza) and Asher (Matt McGorry)—are generally breathing easier, now that the crimes that they committed or were privy to some months back have been covered up.

But like everything else in TV land, that’s a temporary arrangement. A new antagonist is putting up posters of Annalise, with the label “killer,” across the campus. Her unsure handling of her other situation—tracking down her former employee, the hit man Frank (Charlie Weber)—is also bound to cause big problems.

So, just who is the body in the “jump” scenes? The show is trying to pull off a “Walking Dead,” in that it’s presenting a macabre guessing game involving a mystery victim. Annalise’s assistant attorney, Bonnie (Liza Weil), whom the former considers like a daughter, despite treating her harshly, is in the clear. (Bonnie makes an appearance, hale and hearty, in the “flash-forward” part.)

Could it be the lesbian lover, Eve (recurring guest Famke Janssen), or the mother, Sarah (the other repeat guester, Cicely Tyson)? Both have close ties with Annalise, so it would be truly devastating. But if one of her students shuffles off the mortal coil—that would just be as painful, and even more so for invested viewers.

The show isn’t always that dark—there are easy, character-shaping moments, and even an unintentionally funny scene. (Try to keep a straight face when you see the professor and her mentee, Wes, awkwardly primal-screaming their worries away.)

An interesting new addition is Lauren Velez, best known as Laguerta from “Dexter,” playing the university president. Just what is she up to? We’ll find out in due time, and as much as some parts feel contrived and needlessly prolonged, “How to Get Away With Murder” still gets away with convoluted puzzles, and it still develops these oft-amoral characters with great care.

TAGS: Entertainment, How to Get Away With Murder, HTGAWM, series, TV, Viola Davis