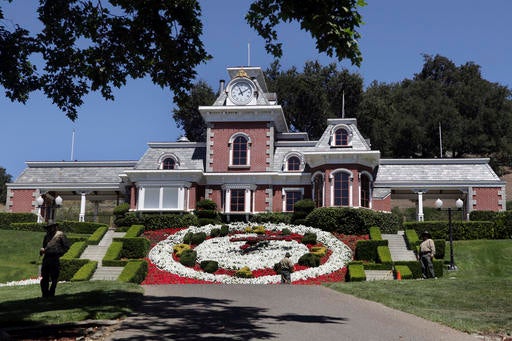 In this July 2, 2009, file photo workers standby at the train station at Neverland Ranch in Los Olivos, Calif. Paris Jackson, the daughter of Michael Jackson, Jackson posted pictures on Instagram from her late father’s famous estate Wednesday, Oct. 5, 2016, writing “felt so good to be home even for a little bit.” AP

The daughter of Michael Jackson posted pictures on Instagram from her late father’s famous estate Wednesday, writing “felt so good to be home even for a little bit.”

She also put up a video of herself petting some of the animals on the southern California ranch. She even posed for a selfie with an alpaca.

Neverland has been in limbo since Michael Jackson’s 2009 death. It was put up for sale for $100 million last year.

The 2,700-acre site features amenities such as a train station, six-bedroom house, 50-seat movie theater and a pair of lakes. TVJ