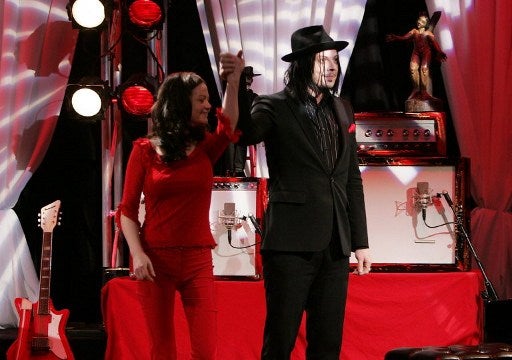 NEW YORK—The White Stripes have rarely been seen together since the band’s 2011 breakup. But the former husband-wife duo reunited on Tuesday — to denounce Donald Trump.

The garage rockers voiced outrage over a pro-Trump video on the internet set to one of their best-known songs, “Seven Nation Army.”

“The White Stripes would like to unequivocally state that they have nothing whatsoever to do with this video. They are disgusted by this association, and by the illegal use of their song,” the pair said in a statement.

The video, which appears to be the work of a Trump admirer rather than the campaign, opens with images of poverty in the United States and of teeming refugee crowds overseas before Trump walks triumphant down from his private jet.

The White Stripes consisted of guitarist Jack White and drummer Meg White, who won a wide following starting in the late 1990s with their raw rock sound.

The pair rarely talked about their relationship and said they were brother and sister, until journalistic sleuths discovered they had been married but divorced early in the band’s career.

Trump has set off a slew of protests by artists upset he played their music at their rallies, including the Rolling Stones, Adele, R.E.M., Neil Young and the estate of Beatle George Harrison.