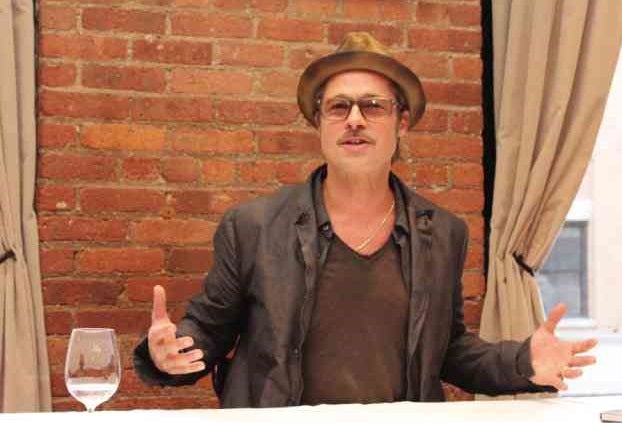 Brad Pitt directed by his wife Angelina Jolie in “By the Sea.” RUBEN V. NEPALES

Pitt, 52, was scheduled to attend the premiere at the California Science Center in Los Angeles for the 40-minute feature examining the origins of the universe, which he narrates.

READ: Why Do They Keep Insisting Brad Pitt Is the Perfect Husband?

“Terrence’s ‘Voyage of Time’ is an incredibly beautiful and unique experiential IMAX film for children and families chronicling the birth of time,” Pitt said in a statement.

“I’m very grateful to be part of such a fascinating and educational project, but I’m currently focused on my family situation and don’t want to distract attention away from this extraordinary film, which I encourage everyone to see,” he added.

Pitt’s management did not respond immediately to a request for comment.

Jolie, 41, filed for divorce on September 19 citing irreconcilable differences and seeking custody of their six children, with visiting rights only for Pitt.

The A-listers wed in France in August two years ago, but had been a couple since 2004.

French actress Marion Cotillard was forced last week to deny suggestions that she played a role in the “Brangelina” breakup by having a fling with Pitt.

Meanwhile the FBI has said it is gathering information before deciding whether to launch a federal probe into an alleged incident on a plane carrying Pitt and his children back from vacation in France.

It has not offered any details of the allegations but several US media outlets reported that Pitt had been involved in an angry outburst with at least one of his children. CBB