Haughty Starlet is laughing all the way to the bank.

Neighbors raised their brows when HS and Dubious Partner moved into a palatial manse recently.

According to the grapevine, the sudden, inexplicable wealth was courtesy of DP’s Naïve Pal.

DP apparently duped NP—to the tune of hundreds of millions of pesos. Thing is, NP is not so clueless, after all.

NP knew about DP’s nefarious schemes all along.

Alas, when push came to shove, HC realized that friendships don’t matter in this age of cardboard justice.

Well, IP went beyond the call of duty by warning HC about Troubled Kin’s involvement in illicit activities. IP told HC that TK can end up six feet under.

HC got spooked and made sure TK mended ways… pronto!

Stunning Starlet was initially unsure about an emotionally charged dramatic scene. In order to be convincing in the sequence, SS tapped into real-life heartache.

SS was initially furious, of course. But it turned out DR only wanted to spare SS from a worsening crisis. When SS discovered DR’s real motivation, she was inconsolable.

Beleaguered Thespian was hit by all sorts of misfortune this past year.

Bouncing back from a string of setbacks, BT kept texting friends for help.

To be fair, BT wasn’t asking for alms. BT merely wants to go back to work. Well-meaning Colleague has been imploring coworkers to hire BT.

Keeping busy will encourage BT to stick to the straight and narrow, and avoid shady cronies.

Who knew Feisty Performer is a martyr in real life?

FP chooses not to buy the latest gadgets and other luxury items—in order to provide for the entire clan.

Paolo Valenciano on brother Gab and Tricia’s breakup: “We’ll be there for the two of them. Tricia is already [part of the] family.” (Moving on…) 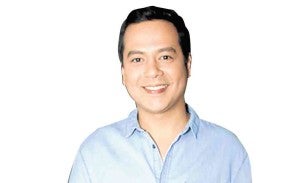 “Ang Babaeng Humayo” actor John Lloyd Cruz on attending film fests like Venice: “You get immersed [in fests  because] cinema is really celebrated as art there.” (Bravo!) 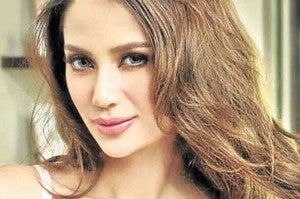