Below, I share quotes from each of these fascinating women (and their film fest entries in parentheses) during our marathon interviews between screenings. 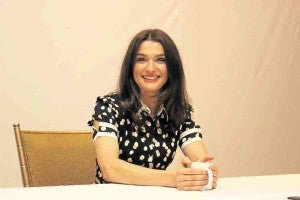 Do Mr. and Mrs. Bond talk about their movies and read each other’s script?

We try not to. We tend not to read each other’s scripts, so it will be a nice surprise when we see the film. It could get very boring in any profession to be continually talking shop.

But I’m very interested in his (husband Daniel Craig) work, and I’m a huge fan of his acting. But we find other things to talk about. You know—world politics (laughs), of course. 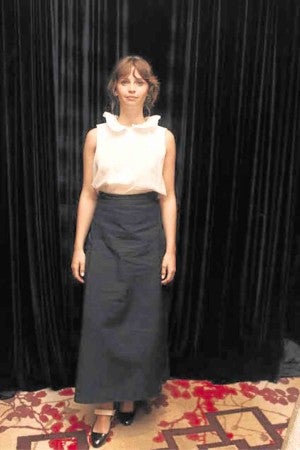 The actress, who plays a character named Jyn Erso in “Rogue One: A Star Wars Story,” on the female presence in the franchise and in the movie itself:

It’s tremendous. The female lead roles that we now have in “Star Wars” make a wonderful balance to the great male lead  roles that we have had in the past. And it’s fantastic and as it should be; there should be parity. We want interesting, complex female and male roles.

“Rogue One” was an incredible experience from start to finish. The scale is immense, and I got to work with talking monkeys. It was a great contrast to the work that I have done before.

Every day is wondrous. The skill that goes into producing—you go into the spaceship and the way the film is shot, it’s very realistic. It has a boots-on-the-ground feel, and it’s very intimate.

We would go onto set and they would be pressing buttons, and things would actually light up or move. So, it was like being a child every day on set. 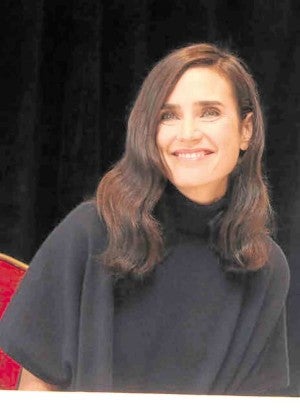 The actress, who plays a former beauty queen who undergoes a facelift in Ewan McGregor’s directorial debut, “American Pastoral,” on cosmetic surgery:

It’s a personal choice. People do different things for different reasons. It’s hard to make an overarching statement about it.

I haven’t had any plastic surgery. It isn’t something I’m interested in for myself, but I have no comment on it for other people and the choices that they make. 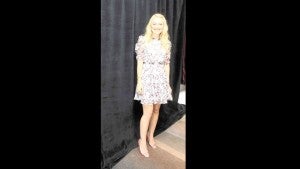 On the four-year age gap between her and sister Elle Fanning and on being both actresses:

When you’re little, four years is nothing. You play and you’re super close. Then, you get to a certain point in the middle like for me, when I was 13 and she was 9, you start to feel a little distance.

Now that she’s 18 and I’m 22, that gap is starting to close again. The years don’t matter as much, and you feel more equal, so I’m happy about that. We’ve always been very close, but we were at different stages in our lives for a little bit of time.

I’m so happy to still have a close relationship with her and so proud of her accomplishments.

If there’s any other person in the world that I would want wonderful things to happen to, it would be my sister. I feel a lot of pride. 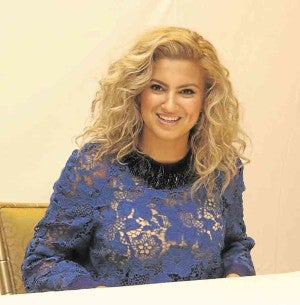 The singer, who is the voice of Meena, a teen elephant singer with a major case of stage fright in the animated musical, “Sing,” talked about being a Toronto International Film Festival “virgin.”

Oh my gosh! It was definitely surreal for me. First, I’d never done anything like this. First time at TIFF, first time being in a movie—just a lot of firsts yesterday. I also got to meet the whole cast yesterday.

And singing with Jennifer (Hudson) was amazing. We sang together a little bit before on the BET Awards. But this was our first official duet together.

It was fun for us, but it seemed like people really enjoyed it so. It was cool to come out right after the movie [screening] and just give people a little treat afterward.

Aja Naomi King (‘The Birth of a Nation’) 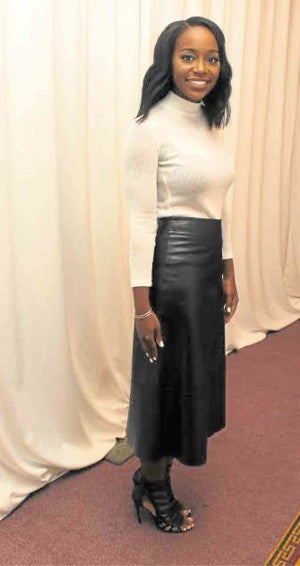 Asked to comment, as a woman and an actor, on her director and costar Nate Parker, whose 2001 rape trial has resurfaced:

The Nate that I know has been a tremendous influence on my life. He has cared for me, he has loved me, he has treated me so kindly, he has believed in me, and he has uplifted me. He has told me the value in my voice.

It is disturbing, of course, to say the least. But all I can answer for is that time that we spent together in Savannah, Georgia, when we were working so closely on this tremendously beautiful project.

I hope that regardless of whether or not people see the film, they will at least take the time to educate themselves on the true history of our people. And empower themselves and to know that their voice matters, because that is one of the things that Nate has taught me—how much my voice matters.

Read Next
Shadow of ‘O.J. Simpson’ looms large at Emmys
EDITORS' PICK
Palace warns sugar hoarders after raid on Pampanga warehouse
What to watch out for when selecting a video surveillance solution
Metro Manila’s COVID-19 cases on downward trend, but surge not over — OCTA
Look Through: The fate of impounded stray dogs
House energy committee chair Arroyo bats for cheap electricity
Unleash the photographer in you this World Photography Day with vivo smartphones
MOST READ
Palace warns sugar hoarders after raid on Pampanga warehouse
LOOK: Miel Pangilinan dazzles in glittery pre-debut shoot
Indigent students to get one-time cash aid from DSWD
Vice Ganda dismisses rumors he broke up with Ion Perez: ‘Masaya kami’
Don't miss out on the latest news and information.