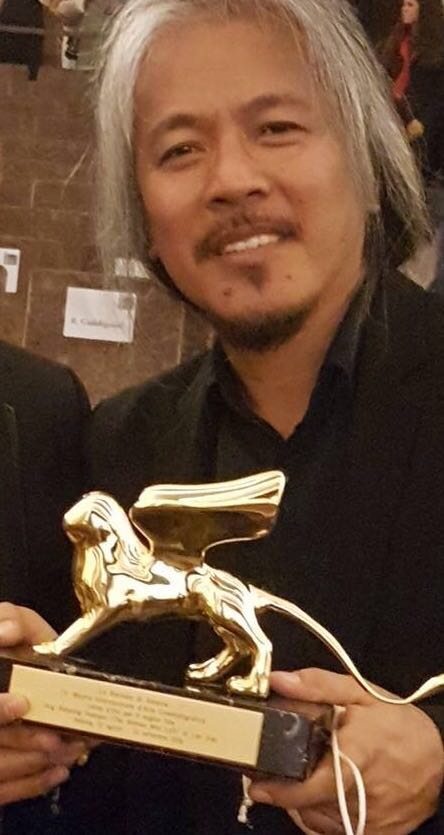 Diaz had just won the Golden Lion, the highest honor in the world’s oldest film festival, for “Ang Babaeng Humayo,” which topbills Cruz and Charo Santos. Cruz explained why he was so moved by the acclaimed director’s speech.

“I simply cannot tell you in words what really happened that night,” he told the Inquirer. “It was history unfolding right before my eyes. I couldn’t be more proud of Lav. He delivered the most beautiful speech at the ceremony. It was for all the struggles of Filipinos!”

That made him cry, he admitted.

“That moment encapsulated Lav’s role in our beloved cinema,” he pointed out. “That moment depicted the reality of our cinema today. I feel deeply privileged to be part of Philippine cinema’s journey and history.”

In a previous interview, the box-office star told the Inquirer that his career wouldn’t be complete if he didn’t get to reunite with the revered filmmaker.

At the time, he had just finished work on the eight-hour historical epic, “Hele sa Hiwagang Hapis,” which eventually won the Silver Bear Alfred Bauer Prize at the Berlinale in February.

“I want to make another film with Lav—this time, set in contemporary Philippines,” Cruz remarked.

That was why he didn’t think twice about accepting “Humayo,” no matter how challenging and out of the box the role was. In “Humayo,” he portrays Hollanda, an epileptic transgender who’s abused by a benefactor.

The gambit paid off for the actor who had made his mark as the fair-haired hero in hit romantic-comedies. He merited good reviews for “Humayo” and was reportedly a frontrunner in the acting derby, along with Santos, in Venice.

Lodge added that “Humayo” is a shoo-in for the Academy Awards: “Oscar buzz for Diaz has gone through the roof in the last hour.”

Santos got to chat with Oscar-winning filmmaker Sam Mendes, who was president of the Venice jury. At an earlier event, she had the chance to see Oscar best actress Natalie Portman on the red carpet.

Santos and Cruz were treated like Hollywood A-listers on the Lido, where the paparazzi kept chanting their names. A videographer captured a Kodak moment when Cruz and Santos broke protocol and approached the Filipinos waiting behind the barrier. A Pinoy fan gave Cruz a homemade poster.

Cruz recalled the Venice experience vividly: “It has inspired me to dream even higher. My dream is for Philippine cinema to be united by sheer talent and conviction.”

CRUZ as a transgender; Santos in drag. Baby K. Jimenez

Although he is a commercially successful star, Cruz asserted: “Cinema should not be celebrated based on how many people got to see your film.” It should be judged, he said, in terms of “its influence and impact on society as a whole, and how it overcame obstacles along the way.”

He exclaimed: “Cinema is a vital part of our society. It isn’t just entertainment. Cinema should be regarded as one of the strongest pillars of Filipino culture and society. Mabuhay ka, Lav, for defining and elevating Philippine cinema. I am fortunate to be living inside your profound evolution.”

Santos said, “My only motivation in making this film is to work with Lav. I wanted to understand his aesthetics. I have so much faith in his immense talent.”

Costar Shamaine Buencamino told the Inquirer: “I am proud of Lav, his team and the cast. I’ve always believed that Filipino artists are world-class.”

Postscript: Quick on the heels of Venice, Santos proceeded to the Toronto International Film Festival, where “Humayo” will be screened, along with Brillante Ma. Mendoza’s “Ma’ Rosa” and Raymund Gutierrez’s short film “Imago.” The Toronto fest is ongoing in Canada until Sept. 18.

As for Diaz, he will head to Boston for the Radcliffe Fellowship at Harvard University.

Ronald Arguelles told the Inquirer that “Humayo” will open in local cinemas tentatively on Sept. 28—to make it eligible for the Oscar best foreign language film race and to make fine use of  the buzz generated by Venice. 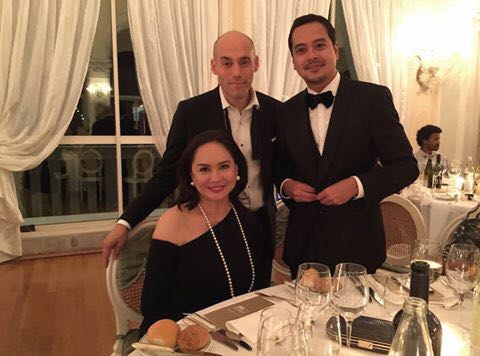 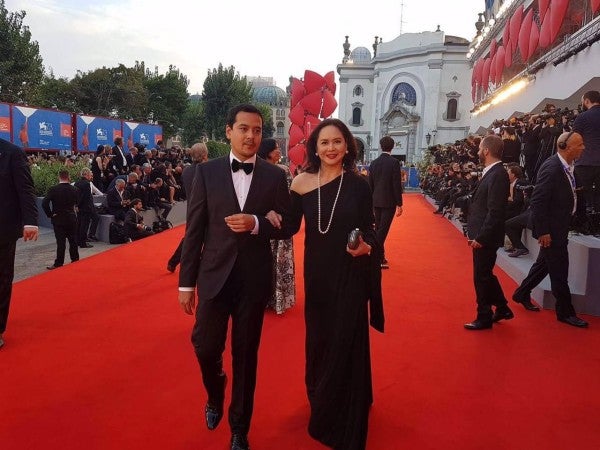 John Lloyd Cruz and Charo Santos on the red carpet before the awards ceremony. Photo by Ronald Arguelles 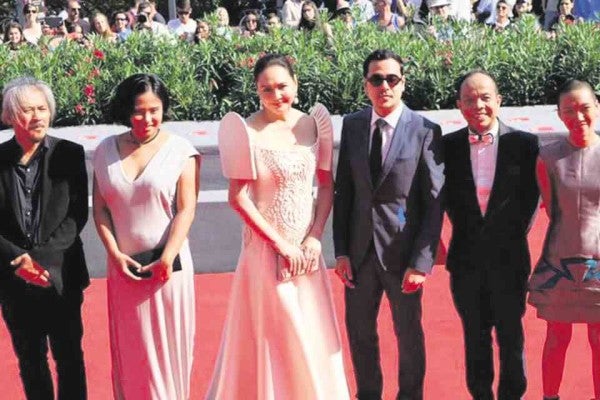 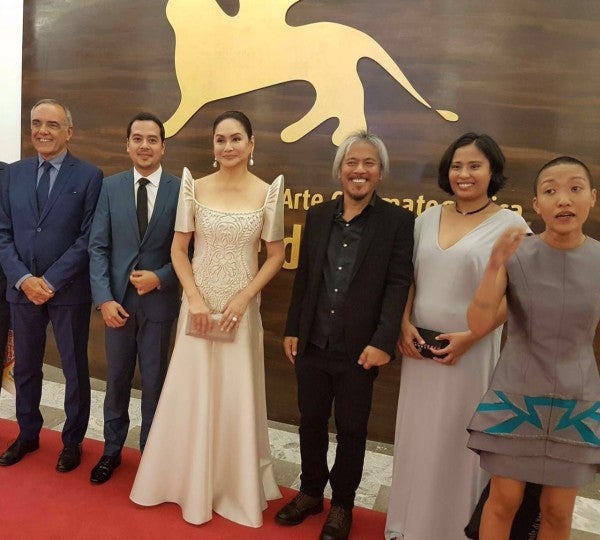 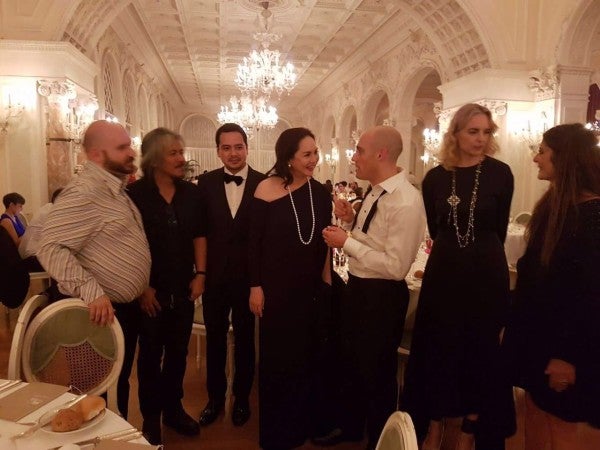 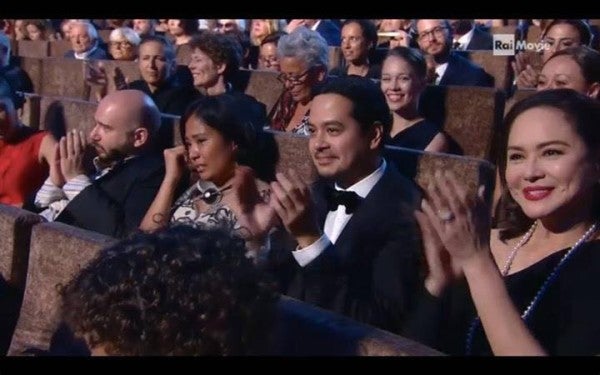 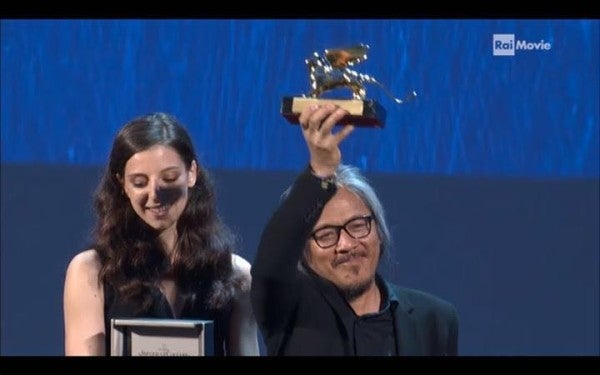 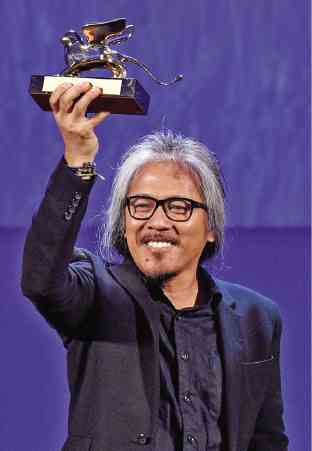 LAV DIAZ is the first filmmaker from Southeast Asia to win the Golden Lion. AP