Creative initiatives to save the planet | Inquirer Entertainment

Creative initiatives to save the planet 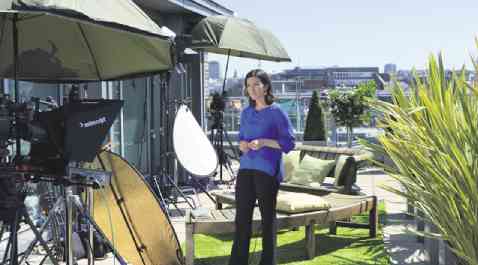 Last Saturday, we felt really lucky and “solved” as a televiewer when we watched “Eco Solutions” on CNN.

It made us feel optimistic that the planet will eventually be able to solve its hugely daunting “global warming” and “warning” woes. Not by itty bits and pieces, but with correspondingly massive initiatives!

For instance, we were impressed to learn that, for more than 100 days last year, the electricity needs of the entire country of Portugal were filled by renewable sources of power, no fossil fuels and their pollutants released into the atmosphere!

That proved a hugely important point that should convince other nations to similarly “go green”—on a more permanent basis.

We were even more heartened to hear that the country of Costa Rica now sources 99 percent of its power needs from “renewables” like wind and solar power.

In that enlightened nation’s instance, a clean planet Earth is no longer a pipe dream—it’s already here.

Why can’t we all follow suit? If some countries can responsibly get their power and environment, why can’t we?

Yes, it isn’t easy, there are enormous obstacles to surmount, but when there’s a will, they can be overcome—as countries like Costa Rica and Portugal have shown!

Another TV treat that made our viewing day was a feature on CNN on Japanese “serial inventor” Yoshiro Nakamatsu, who has 3,300 patents (count ’em!) to his name.

His inventions include the floppy disk, the Cerebrex (to improve human performance), the Enerex (system for generating hydrogen and oxygen), Py Py jumping shoes, a CD to enhance mental brightness, a sexual enhancement product to increase Japan’s declining birth rate, a siphon pump, a musical golf putter, fuel-cell powered boots, a small car for one person, a libido-boosting potion, etc.!

He’s also funded an international convention and search for young inventors, and claims to have been honored by the Royal Society of Inventors.

What makes “Dr. Nakamats” exceptionally “mediagenic” is his penchant for humor, in contrast to many nerdy inventors who glumly and even grimly work out of camera range.

The Japanese “serial inventor” is the exact antithesis to this cliché, with numerous documentaries, books, articles and entertaining interviews on popular TV talk shows to his credit.

Some critics deride his self-proclaimed achievements, but the fact remains that he has more patents to his name than Thomas Alva Edison—so, numerically speaking, at least, “Dr. Nakamats” is—the (sur-) real deal!