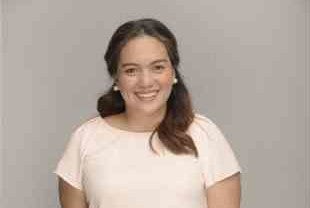 Sylvia Sanchez, who plays a mother afflicted with Alzheimer’s disease in “The Greatest Love,” admitted that she was terrified she might contract the illness when she grows older.

“The idea that I will no longer remember anything about my loved ones is a frightening thought. I’m already forgetful now. It’s a good thing that my work enables my brain to be active,” said Sylvia, who plays Gloria Alegre in the afternoon drama series that premiered on ABS-CBN on Sept. 5.

To prepare for her most challenging role so far, Sylvia interviewed relatives of patients suffering from the disease, and spent a full day with one of them.

“Her family requested that I do not reveal her identity. I saw how difficult it was for her and for her daughter, who takes care of her,” the actress shared with the Inquirer.

While she was there, Sylvia said the patient asked to be brought to the bathroom eight times because she had wanted to urinate.

“There were times when she would forget what she was supposed to do, even before she reached the bathroom,” Sylvia recalled. “Another time, 10 seconds after she put down her spoon and fork, she said she wanted to eat.

“She had no idea where she was. When we showed her a photo taken during her wedding day, she also had no memory of it. It was heartbreaking.”

Sylvia also discovered that patients with Alzheimer’s rarely cry. “But they get angry and irritated out of frustration often because they aren’t getting what they want.” 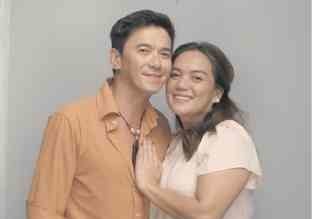 “I’m grateful to be given this role, so I want to give a convincing performance.”

The actress said her character has taught her to be a better mother and daughter. “When it comes to disciplining my children, I always assert my authority and tell them, ‘Obey your mother because I know better.’ Gloria has taught me to listen more to what my kids are saying and to be more open-minded,” she explained.

Sylvia, a breadwinner since age 14, added: “I helped take care of my family, especially my mother. I had to be brave for her. Gloria made me realize that it’s all right to share your troubles with your mom—that’s what she’s there for.”

The actress said she hoped to spend more time with her mom when she’s done working on the show. “I want to travel with her … just the two of us. I’m thinking of taking her to Hong Kong, even for just three days. I want to make more memories with her while we still can.”