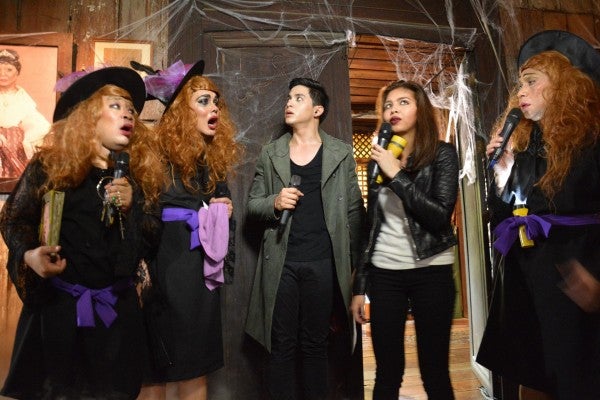 The final episode featured “The Explorer” sisters as they departed for the US. Lola Nidora then entrusted her most precious granddaughter Maine to Alden while they are away.

The phenomenal love team of Maine Mendoza and Alden Richards, who play themselves in the comedy series, arranged a surprise despedida party for the two grandmas.

The party featured some of the most remarkable moments in the series.

The kalyeserye started off with Lola Nidora’s objections over Alden’s pursuance of then “Yaya Dub” and ended up with Alden earning Lola Nidora’s trust and approval.

The outrageously hilarious show that gave birth to the extraordinary characters Lola Nidora, Lola Tinidora and Lola Tidora played by the comedic trio of Jose Manalo, Wally Bayola and Paolo Ballesteros, collectively known as JoWaPao, inevitably made some audiences emotional in their final episode. Although the show has ended, the grandmas promised to return.