On a roll: ‘Sausage Party’ maestro bids for elusive Emmy 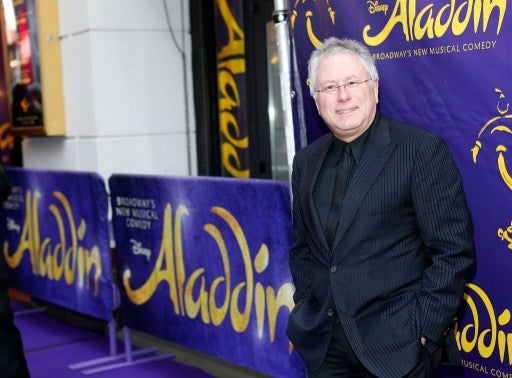 LOS ANGELES, United States — With eight Oscars, 11 Grammys and a Tony vying for space on his mantelpiece, Alan Menken’s bill for dry-cleaning tuxedos might well match the box office of most Off-Broadway openings.

The legendary US composer has picked up more than 100 nominations at major awards ceremonies in an illustrious five-decade career that has produced some of Disney’s best-loved animated movies.

With this year’s awards season about to hit full stride, the 67-year-old New Yorker could now join exalted company as a member of the select “EGOT” club — winners of the Emmy, Grammy, Oscar and Tony.

“Awards are a wonderful barometer of how much your career is appreciated by your peers. But if I don’t win, I’ll live,” he told AFP.

“Ever since I got the Oscars, the Grammys and the Tony, that whisper in my ear from people kept coming: ‘EGOT, EGOT, EGOT!’ It’s like a monkey on my back.”

Only 12 entertainers in history have joined the EGOT club, including such luminaries as John Gielgud, Audrey Hepburn and — among those still alive — Whoopi Goldberg and Mel Brooks.

Menken gets to be the 13th if “A New Season,” his song from musical comedy “Galavant,” wins for outstanding original music and lyrics in September’s Emmy Awards for television.

Menken hopes the ditty — with its rhyming couplet “We’re gonna have to kill ya if you sing the freakin’ song/It didn’t win an Emmy, now it’s time to move along” — might tickle the Television Academy.

Born in Manhattan to aspiring actress Judy Menken and her boogie-woogie piano-playing dentist husband Norman, the aspiring maestro grew up watching Rodgers and Hammerstein musicals like “Oklahoma” and “Carousel.”

After graduating from NYU in musicology, he formed a writing partnership with Howard Ashman on “Little Shop of Horrors” (1982), which went on to become the highest grossing Off-Broadway show ever.

The pair were hired by Disney to write “The Little Mermaid” in 1989 and since then Menken has scored many of the studio’s biggest hits, including “Beauty and the Beast,” “Aladdin” and “Pocahontas.”

Two years ago, he was approached by the team behind “Sausage Party,” the first R-rated computer-animated feature in history, to lend his songwriting chops to a project that would be Disney for adults.

The movie has been a huge critical and commercial hit but is something of a departure for Menken, who was not used to penning lyrics liberally sprinkled with four-letter words.

“The music is the straight man in this. Even before I was involved, the directors were attempting a score with very epic, traditional Hollywood music,” Menken said.

The composer said writing-producing team Evan Goldberg and Seth Rogen, who also stars, imagined it would be “a hoot” to have a Disney grandee providing the music for a parody of the studio’s output.

“They didn’t have a lot of experience with working the way I work on songs, and I think for them it was more a matter of ‘we’ll know what we like when we hear it,'” Menken said.

A raucous comedy that deals intelligently with adult preoccupations like religion, sex and death, “Sausage Party” tells the story of a frankfurter leading a group of groceries on a quest to discover what really happens when they are chosen to leave the supermarket.

Menken admitted to being naive about the movie’s themes, at least until his two grownup daughters explained that the title might be a euphemism for group sex.

“I didn’t have a clue, I said ‘What are you talking about?'” he recalled.

Next up in December is a Broadway adaption of Chazz Palminteri’s autobiographical play “A Bronx Tale,” co-directed by Robert De Niro, who made and starred in the 1993 film version.

After that, Menken is signed up to work with musical theater’s man-of-the-hour Lin Manuel Miranda on a live-action version of “The Little Mermaid.”

With a movie under his belt that tackles religion, Menken is adamant that he has no intention of extending his scope to include political musicals, however.

“Right now, politics is about as distasteful to me as you could possibly imagine. And I think most people feel the same,” he said.

“It’s hideous the tone of this campaign in America… I’m not saying that the world hasn’t always been an ugly, chaotic place but no — I think I’ll stick to songwriting.”

Under the spell of ‘Little Mermaid’

‘Disney’s Beauty and the Beast’: The magic of the movie comes alive onstage