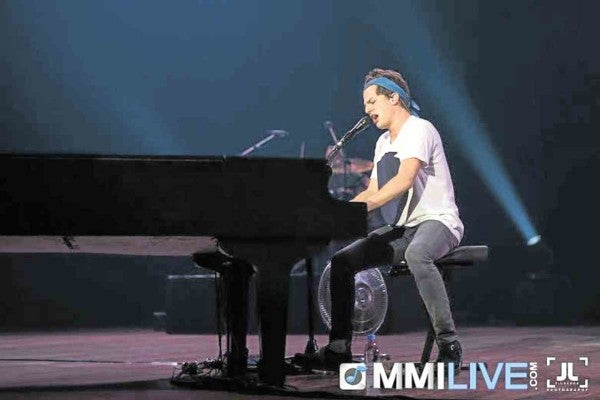 After  holding a rather modest mall show in Manila late last year, American pop star Charlie Puth returned to the Philippines last weekend to serenade his fans again—this time, at a proper concert mounted by MMI Live and Ovation Productions at Kia Theatre.

The Manila leg of Puth’s “Nine Track Mind” world tour was packed with thousands of die-hard fans raring to see him.

Dressed comfortably, as if he had just attended gym class—a pair of dark pants, white T-shirt and a headband wound around his wavy mop—the 24-year-old singer-songwriter delivered a set that mirrored the track list of his debut studio album, “Nine Track Mind,” which dropped in January and peaked at No. 6 on the Billboard 200 chart.

The music was mostly mid-tempo pop with a stroke of R&B. And coupled with his warm, earnest—if a bit edgeless—voice crooning of romance and infatuation, you have yourself a potent recipe for a swoonfest … and shrieking—a whole lot of it.

Charlie, like many music discoveries this generation, appeared on the pop music radar with the help of YouTube.

But unlike some of such instant online celebrities, Charlie was formally educated in the craft graduating from Berklee College of Music with a degree in music production and engineering three years ago.

He is proficient in piano, and he showed it off with dainty jazz improvs that added flourish to such songs as “Marvin Gaye,” his opener, and “We Don’t Talk Anymore”—a song he wrote during his stay in Manila in 2015. 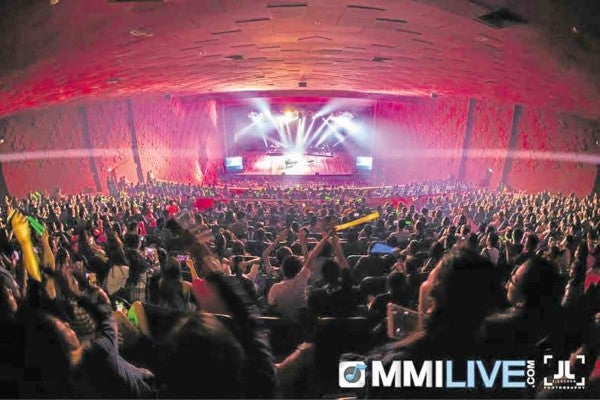 IDOLS urge fans to fire up their phones and wave them aloft.

In the melancholic, but still uplifting, ballad “See You Again,” the No. 1 hit that he penned and coproduced with hip-hop artist Wiz Khalifa, Charlie urged the crowd to fire up their phones and wave them aloft.

“I wrote this song in 10 minutes—and it completely changed my life,” Charlie said of the song, which was part of “Furious 7’s” movie soundtrack as a tribute for the late actor Paul Walker.

“Scream it!” he said, prompting one of the night’s most impassioned sing-alongs, as the crowd before him transformed into a sea of lights.