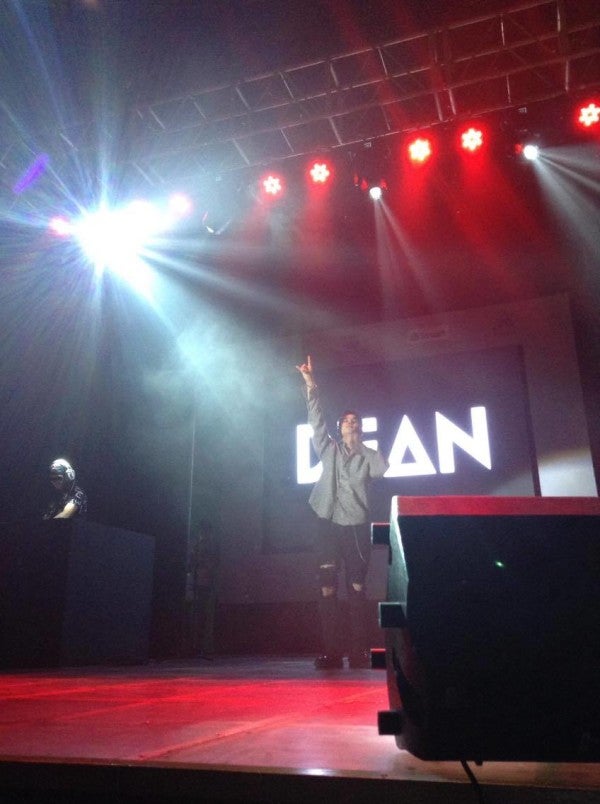 The fast rising Korean R&B artist DEAN’s popularity here in the Philippines is truly unexpected considering his genre is not K-Pop, but K-R&B.

Despite the not-so-usual Korean genre, fans showed last August 6 that they are also big in numbers, too.

Fans from all walks of life gathered early morning at the SM North Edsa to test their luck in outdoing other fans in buying DEAN’s limited album.

The Filipino “Rebels,” DEAN’s official fan’s club name, woke up earlier than normal commuters would to be part of the first 200 people to buy the album, which would not only secure them a showcase VIP pass but also a fansign from the R&B artist.

Other fans who didn’t make the cut still had their chance to watch the show until the limited albums lasted at the Astroplus booth.

Around 4PM, fans entered the venue and roared when DEAN’s songs were played in the background.

Krissy, known as the other half of the pop-acoustic duo “Krissy & Ericka,” soothed the crowd with her sweet voice as she sang at least 3 songs, ending with the duo’s popular song “12:51.”

DJ Jared then turned the dome into a dance floor with his DJing skills, while the PH Rebels wait for DEAN.

Short but breathtaking set of performances 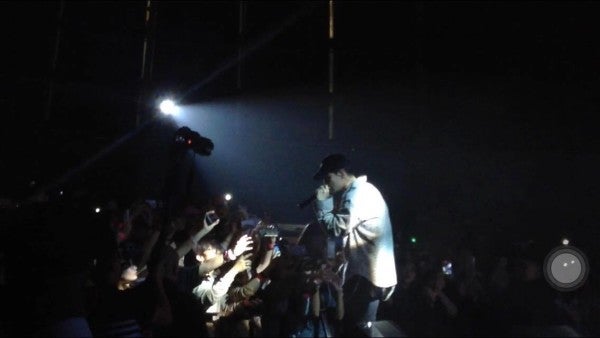 The mini showcase only started thirty minutes past 6PM, but “Rebels” were unstoppable as shrieks, screams & squeals enveloped the whole Skydome. 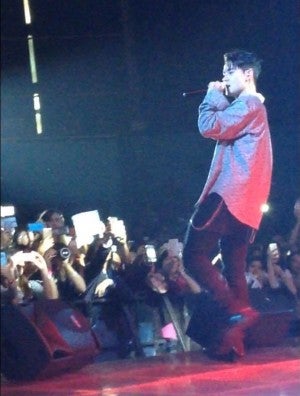 Clad in his usual long sleeves and pants, the Korean R&B artist popped up and set the stage on fire with “Put My Hands On You,” a collaboration with American recording artist and music producer Anderson .Paak.

During this song, fans sang along the chorus as DEAN pointed his mic to fans from both sides.

“Thank you Manila. Mahal ko kayong lahat,” the singer said, gesturing to all of his fans before singing his favorite track in his debut EP, “21.”

Being playful, he enjoyed the deafening screams his fans threw at him when the song started rolling. Later in the performance, he elicited more shrills when he wore a black cap.

Wrapping up his Philippine tour, DEAN performed “Pour Up,” another track from his EP, with him rapping powerfully to “Block B” Zico’s parts. 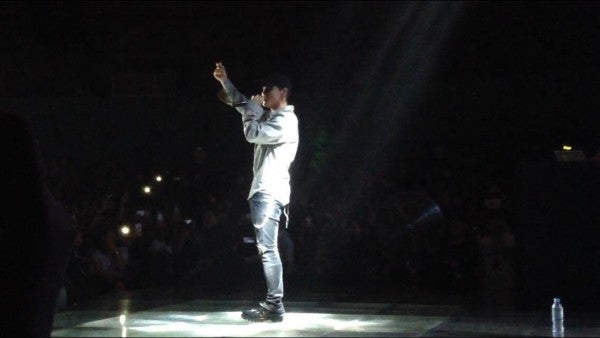 DEAN is an awesome performer and his charisma is undeniable. But on stage, he was sometimes cute or sexy, too.

For instance, he must not have noticed this (or did he?) but whenever he drank water, “Rebels” screamed their lungs out even louder.

Later on, the artist would give fans a heart gesture with his hand during one of his performances.

Sometimes, he would stick his tongue out which obviously elicited loud squealing.

It was also noticeable that after finishing one song, the singer-songwriter would bow like a gentleman to fans. 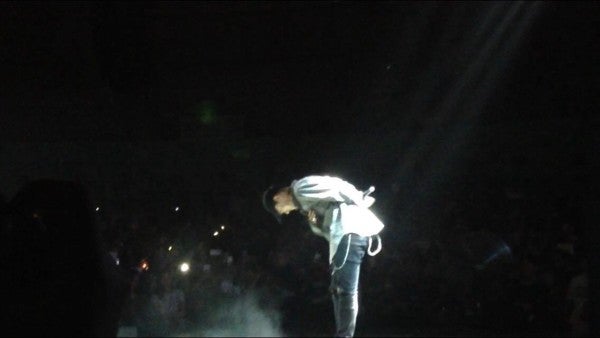 After the showcase, DEAN had a meet and greet backstage before returning to the stage for his fansign.

The first 200 who bought his album went up the stage to experience getting an autograph from the artist and meeting him up close.

Other fans who were not lucky though tried stealing glimpses of the artist while he was signing. 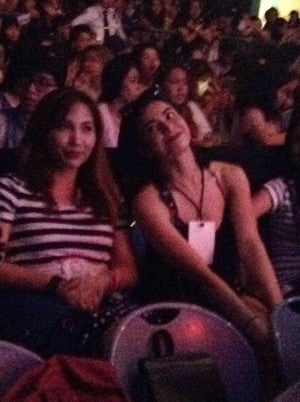 While peeking at the battalion of wild fans, the press caught sight of a local celebrity smiling and sitting in the front row area.

It’s not that surprising why she was there though, since the celebrity spotted was Glaiza de Castro, a self-professed, blooming K-pop fan .

The bubbly and entertaining GMA actress, most popularly known as Encantadia 2016’s Pirena, was accompanied by “I Do” grand winner and event host Kring Elenzano-Kim, who is also a hardcore K-pop fan.

All in all, DEAN performed a total of six songs, four tracks from his debut EP “130 Mood :  TRBL.” and two other singles.

DEAN held his first Philippine promo tour last August 6 at the SM North EDSA Skydome, where he met and serenaded his Filipino fans for the first time.

“DEAN: The Philippine Promo Tour” was brought to us by MCA Music.