A Fil-Am actor’s life: Rodney To 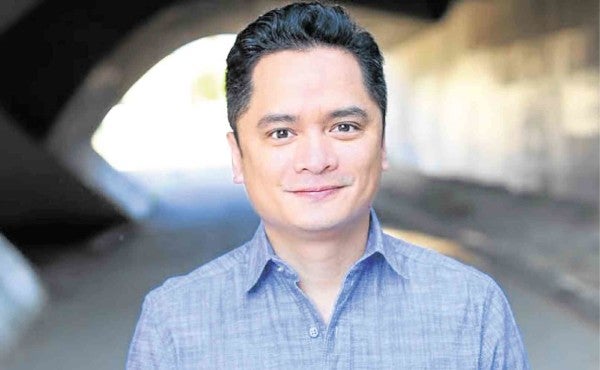 (This is sixth of a series on the struggles and triumphs of Filipino-American actors in Hollywood.)

LOS ANGELES—“I know countless, mind-blowingly talented actors of every ethnic background under the sun,” Rodney To answered when I asked him about whitewashing, the Hollywood practice where white actors are cast in nonwhite character roles.

“So, to not give those actors opportunities (whether ethnic-appropriate or not) is just silly and uncreative,” stressed the actor whose TV credits include “Rosewood,” “Parks and Recreation,” “Wilfred” and Danny McBride’s new series, “Vice Principals.”

A Marquette University alumnus, Rodney was inducted into the Filipino-American Hall of Fame in his native Chicago. Also active in theater, he has appeared in plays across the United States.

He’s currently appearing in “One of the Nice Ones,” a play directed by Chris Fields and staged by the Echo Theater Company in LA.

Rodney does a funny impersonation of his beloved late lola as he tells anecdotes of growing up around her in Chicago. I have been egging him to write and star in a one-man play about his grandma.

His advice to aspiring actors: “Anyone who is insane enough to pursue this life should prepare for a life of rejection, frustration and uncertainty.”

My career as an actor has indeed been a gripping, dynamic journey. It’s been up, down, fast, slow, fruitful, barren.

However, as I’ve gotten older and more experienced, I’ve come to realize that the ever-changing, uncertain nature of what we do as entertainers truly strengthens every part of us physically, mentally and emotionally. It hasn’t always been pleasant, but it always has been satisfying.

I’m crazy, but I’m just not crazy about rituals. The TV/film world has become so focused on “natural,” “honest,” “organic,” “real-life” performances that for the better part of the past several years, I just try to take the material and bring myself to it informed by the breakdown (industry term for the description of character and/or scene).

So, I try not [to] put pressure on anything and just be myself. Ironic since actors spend most of their time training to be somebody else.

It’s often the audition itself. Oftentimes, you’re given several pages of material the day before. You’re expected to take a stab (with very little information) at what you think they want, then if you’re lucky (and the casting person is feeling generous), you get more than one “take” at performing the material.

All these incredible circumstances make it virtually impossible for actors to feel 100-percent comfortable.

That said, part of our job as actors is to take the insanity, let it empower us in these situations, and hopefully make a good impression.

If you’re able to do that and not let it get the best of you, you’ll last a long time in this business. 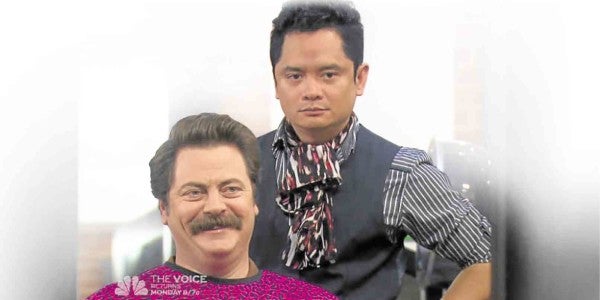 RODNEY To (right) with Nick Offerman in “Parks and Recreation”

Booze. Just kidding. I don’t drink. Truthfully, rejection is never fun. I hope I never get used to it. That said, it absolutely comes with the territory.

I have conditioned myself to move through the rejection quicker by immersing myself in other creative aspects of the business that I have more control over, like directing and creating my own projects.

Make no mistake—maintaining a life as an entertainer is hard. Certainly, during the first several years, there were many opportunities where I thought life would’ve been so much easier if I just gave up being an actor.

But now that I’m many years into it, I don’t have a choice but to stay in it. And I’m glad.

Being an actor is a vocation. It’s not some “job” that I can simply leave at the office and turn off when I get home.

It’s always a part of me in some way—being an artist is—so I don’t have any other option, but to keep trying.

Certainly, opportunities for actors of color have improved, but it’s a Catch-22. It’s still a revenue-driven business.

Often, I find that while jobs are starting to hire more people of color (POC), they still are somewhat gun-shy about hiring POC to front major gigs, or be romantic leads, or take bold risks with casting. Producers still feel like people of color don’t equate to dollars, which is silly.

In this day and age, whitewashing is ridiculous and insulting. I know countless, mind-blowingly talented, actors of every ethnic background under the sun.

So, to not give them opportunities, whether ethnic-appropriate or not, is just silly and uncreative.

Anyone who is insane enough to pursue this life should prepare for a life of rejection, frustration and uncertainty.

If you know that, aren’t intimidated by it, and if you’re able to surround yourself with a strong, inspired and loving support system, you’ll find that there is nothing more blissful than pursuing what you’re called to do.