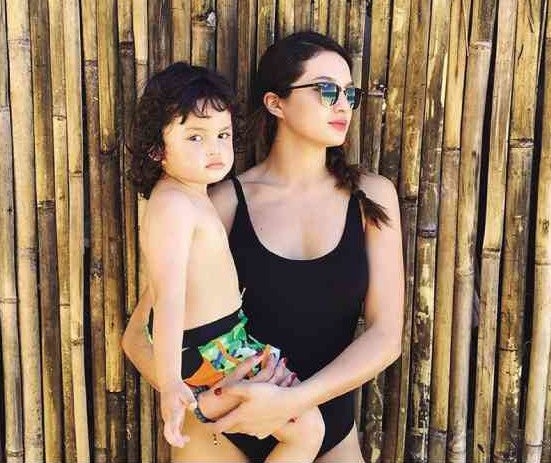 The first season of “It Takes Gutz to be a Gutierrez” on E! was boosted by its exceptionally telegenic resident family, but compromised by the general predictability and blandness of their activities and involvements.

It was all supposed to be glamorous and exciting, but ceased to surprise and involve viewers after a while.

Still, the reality TV series was popular, so the show has been extended into its second season. Is it an improvement over its first seasonal outing?

In general, yes. More members of the telegenic clan are involved in the new proceedings, and their substories and issues have widened the show’s perspective.

It’s now a truly cross-generational production, with Eddie Gutierrez and Annabelle Rama’s grandchildren, paced by the “tweening” Lorin and Venice, more visible and audible onscreen, perhaps to connect with and engage younger viewers.

In the telecast we watched, Ruffa’s kids were worried about their mother, because she appeared to have broken up with her latest beau, whom her mom didn’t approve of.

For her part, Annabelle fretted over Ruffa, because it was rumored that she had not been feeling well lately, and in fact had experienced an unspecified medical “episode.”

These and other developments are obviously more dramatic—or melodramatic, as the case may be—than some of the events highlighted in the first season—which, as expected, tended to be about glittering bashes, vacations in exotic places, show biz engagements, shoots, festival guestings, etc.

It’s also evident that the series is giving the feisty and “no filter” Annabelle more exposure, so the show’s audio element is turning out to be more no-nonsense, as well.

On the debit side, some scenes involving other members of the family have turned out to be underwhelming, like son Elvis’ new career as an actor.

Last week’s “shooting” scenes showing him rehearsing his lines before a movie production’s take ended up as perhaps unintentionally funny, because he kept “buckling” his lines. Hmm, perhaps he shouldn’t quit his day job just yet?

The other Gutierrez men didn’t fare much better, registering blandly as they worked and/or partied.

The female eye candy was provided by Richard’s beloved Sarah Lahbati, who is now busier with her own solo performing career.

Richard was heard to drop a hint about his wanting to have another child to keep Zion company, but Sarah’s reaction to the “hint” was visibly unenthusiastic.

With her career now going so well, how could she take time off to go on maternity leave this year?

Speaking of Zion, he’s truly a beautiful boy who’s coming along nicely, and is now being featured in TV commercials. The launch of his acting career as a juvenile performer could just be a matter of time. So, that’s another fresh tack that the show’s storytelling could cutely and productively take!