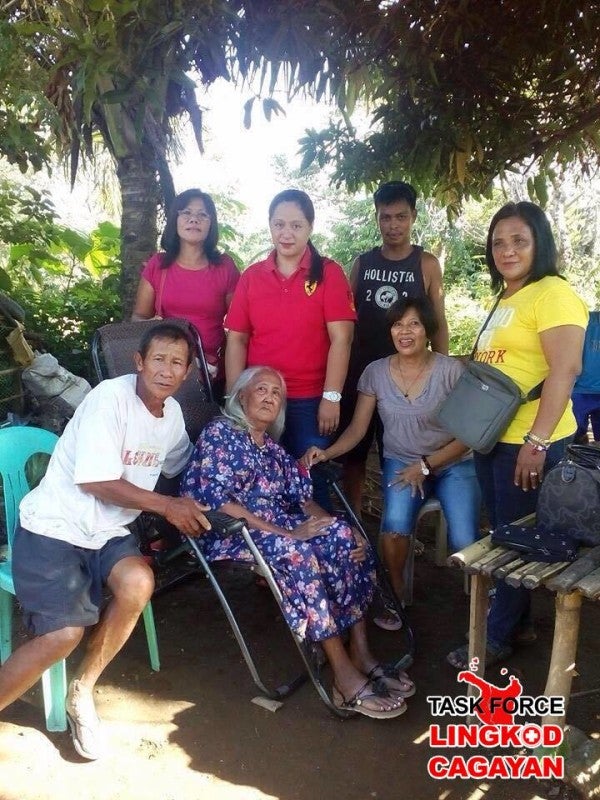 A frail and aging Lilia Cuntapay is appealing to her co-workers in the show-biz industry for help to be able to cope with her medical expenses.

The 81-year old Ilocana, who is dubbed as the country’s Horror Queen, was transported from Gonzaga, Cagayan, to her son’s house in Pili, Ilocos Norte, on Thursday by the Task Force Lingkod Cagayan (TFLC). The organization found out that the actress has been suffering from a spinal cord ailment since July 5 and is unable to walk ever since.

A video clip and press statement posted on TLFC’s Facebook page said the actress has been compelled to stay in her son’s house due to financial woes, which are delaying her path to health recovery.

“Kung mahal niyo pa ako, any help would be appreciated,” she said. As mentioned in the press statement, Cuntapay thanked TFLC and Mamba for escorting her to her son’s place.

Cuntapay, who was born on Jan. 3, 1935, in Cabiraoan village in Gonzaga, was once a teacher in Tuguegarao. She later ventured into a buy-and-sell business and even worked as an employee of the National Police Commission.

She was one of the protégés of directors Lori Reyes and Peque Gallaga under LVN Pictures, one of the country’s oldest film studios.

READ: Who is Lilia Cuntapay?

She first appeared as Kris Aquino’s spooky nanny in “Shake, Rattle, and Roll 3” in 1991. In 2011, she bagged Cinema One Originals Film Festival’s Best Actress Award for her lead role in Antoinette Jadaone’s “Six Degrees of Separation from Lilia Cuntapay.”