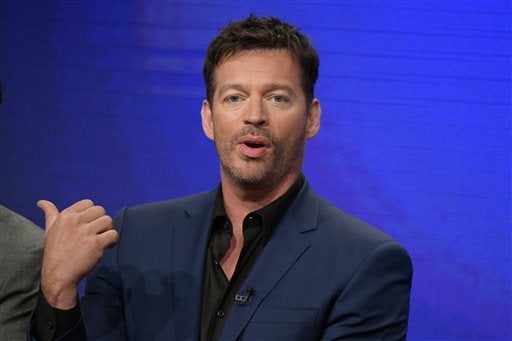 BEVERLY HILLS, Calif.  — Harry Connick Jr. has recorded, toured, performed in movies and sitcoms, starred on Broadway and, in the process, charmed nearly everyone he meets.

“I love to entertain and I’ve done so many things throughout my career that have fulfilled me, I felt like this would be an opportunity to do all the things I love to do under one roof,” Connick told TV writers Wednesday at the summer Television Critics Association meeting. “I’ll get to experience the entertainment business in a new way.”

Music will play an important role on the New York-based series, and the nine-member group with which he tours and records will serve as his house band.

But they won’t be plugging in songs in a formulaic fashion, he promised.

“Music’s gonna be done in a whole bunch of ways — spontaneous ways,” he said. “Sometimes we’ll play, just cause we feel like playing.”

And when it comes to talking with his guests, Connick said he’ll be doing it off-the-cuff, eschewing the usual talk-show practice of the “pre-interview” (where a producer chats up each guest beforehand, then prepares a list of talking points for the host).

“That way, there’s this undercurrent of rehearsal,” said Connick. “I just want to have conversations.”

Justin Spangel, a “Harry” executive producer, noted that many talk show creators “figure out the show they want to do, and then they find a host and plop him in. We worked backwards: We have the talent, and we built the show around him.”

One element of Connick’s persona that the show will highlight in particular, according to fellow exec producer (and Justin’s brother) Eric Stangel: “He is a FUNNY (so-and-so)!”

“That,” Connick laughed, “should be our tagline: ‘Welcome to daytime, you funny (so-and-so)!'”

More seriously, he predicted that even his most devoted fans will see new sides of him come to light.

“Even if you know me, there’s gonna be surprises for everyone — including me.”