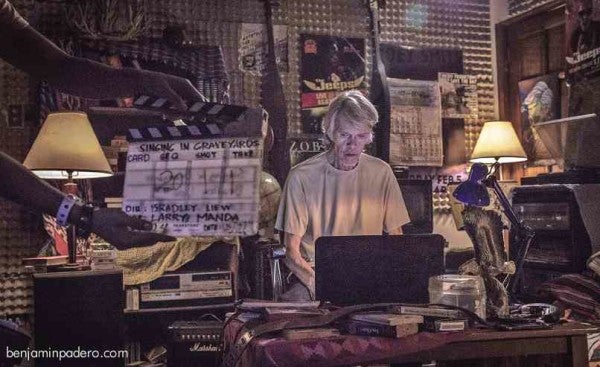 Southeast Asia takes center stage in one of the world’s top film festivals.

A Filipino-Malaysian production, debuting filmmaker Bradley Liew’s “Singing in Graveyards,” will compete in the Critics’ Week section of the 73rd Venice Film Festival in Italy, from Aug. 31 to Sept. 9.

“Singing in Graveyards” tells the story of an eccentric impersonator, played by rock legend Pepe Smith, who lands a once-in-a-lifetime opportunity to front his idol’s concert.

Says Liew: “What an incredible honor to represent two countries: Malaysia, my country of birth, and the Philippines, a place I now call home.”

Showcasing Southeast Asia in Venice, one of the world’s top three fests (along with Cannes and Berlin), could not have come at a better time, says Liew.

“The region boasts incredible talent,” he tells the Inquirer. “We come from a culture of storytellers. It is in our blood and in our souls.”

While Western cinema “is defined and locked in,” Southeast Asia offers “diversity.”

The region’s intersecting narratives need to be told, he relates. “We’re all part of the same people. We are surrounded by the same water that divides and unites us all. Our folk stories and myths are similar. Even some of our words are the same.”

The only difference, he points out, is in our countries’ colonial past. “Specifically, how we are recovering from the effects of colonialism.”

But the stories can easily cross over, he notes. “If we can look past the differences in language and geography, we will discover that our neighbors next door are not very much different from our neighbors across the sea.”

Case in point: When he first moved to Manila at age 23 three years ago, he didn’t have a hard time fitting in. One of the first Filipinos he met eventually became the star of his debut film, “Singing in Graveyards.”

“I had no prior knowledge of who Pepe Smith was,” he owns up. “I knew him first as Pepe, the elderly musician with an incredible heart and sense of humor, and not as the Pepe Smith, rock icon.” 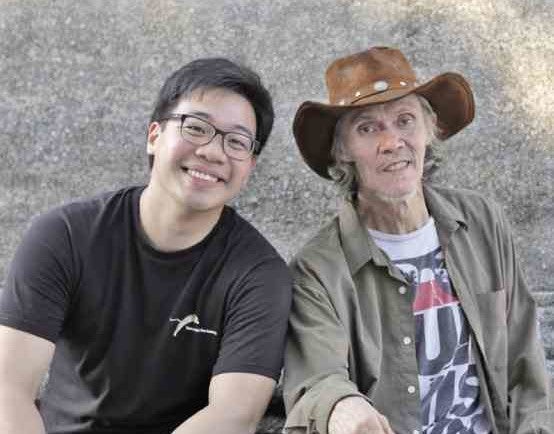 In one of their earliest conversations, Smith told Liew that he had never written a love song in his over six decades on this planet.

That random quip started the ball rolling and after three years of brainstorming and writing with producer and partner Bianca Balbuena, Liew cobbled together a film that also serves as a tribute to his larger-than-life friend.

“People only see the persona rather than the person,” Liew explains. “They only know the performer onstage … who sings rock songs and carries the negative stigma of drugs.”

He has a simple mission in making this film. “I want the audience to see that Pepe is human just like the rest of us. He suffers, bleeds and cries.”

Shooting with the 66-year-old rock star was a blast, he recalls. “It was like hanging out with a friend, grandfather and mentor. There was a lot of laughter on the set.”

As a matter of courtesy, the filmmaker drafted the shooting schedule around the celebrated musician. Throughout the 10-day shoot, he recounts, filming never exceeded 12 hours. “Some days, we only worked for seven hours. The idea was to keep Pepe fresh and full of life.”

Smith “is not a trained actor,” Liew concedes. “But with him, there was no wrong way of acting. He would fill in the spaces in ways that only he would know how.”

As bonus, Liew got to collaborate with Mercedes Cabral (the first Filipino actor he ever met) and Lav Diaz (his cinematic hero).

He admits that directing an acclaimed filmmaker like Diaz, who plays Smith’s manager, was somewhat disconcerting. “He’s a living master. But Lav has such a calming effect on people. He takes direction very well and knows how to bring out the best in Pepe in their scenes together.”

Cabral was just as generous and “was unselfish in supporting Pepe.”

He hopes to gather enough financial support to bring Pepe and the rest of the team to Venice.

His next big goal after Venice? “I want to screen the film in Manila and Kuala Lumpur.”