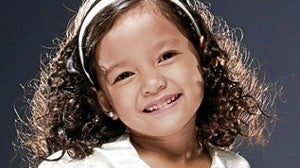 MANABAT. Makes sense of the complicated lines she has to utter.

The busiest and most popular child stars today are Xyriel Manabat and Jillian Ward. Xyriel is starring in the hit soap, “100 Days to Heaven,” which is about to conclude its storytelling, while Jillian has just started a new teleserye, “Daldalita.”

It’s instructive to compare the two young stars in terms of acting styles and approaches to their work, because they represent differing views on how children should perform on the big and small screens.

Xyriel is the more experienced young talent, with a number of soaps already under her belt. Perhaps that’s why she’s been entrusted with the difficult acting challenge of embodying Coney Reyes’ “mini-me” or child persona in “100 Days.”

What’s really challenging about the acting assignment is that, while Xyriel looks like the little girl she is, she sometimes has to talk and think like an adult, since Coney “lives” in her.

Most child performers would stop short at pretending to act and talk like an adult, but Xyriel impresses because she goes beyond that and tries to make real sense of the sometimes wise and complicated lines she has to utter.

This enables the production to seamlessly shift between Coney and Xyriel as they alternately embody the character of Ana Manalastas, without skipping a beat. In addition, Xyriel goes into “adult mode” without losing her charm and appeal.

Yes, she can get a bit huffy and make sniffy and snitty little speeches, but still within acceptable limits and without turning into a caricature. That’s a very thin line to balance on, so we should compliment Xyriel for pulling it off. 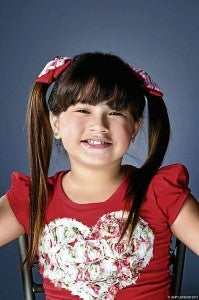 On the other hand, Jillian Ward is younger, tisay, viva, chatty, chubby, relentlessly cute and determinedly “entertaining.” She first delighted viewers when she was only 4 or 5 years young, so she’s really quite precocious, and her rise in the biz has been phenomenal.

Her plus factors as a performer are evident in her new teleserye, “Daldalita.” As the show’s title suggests, the character she plays is chatty and lively and oh, so cute. It’s easy as pie for Jillian to “deliver” the goods and entertain viewers in this predictable mode, but she does so in a generally pushbutton and kneejerk way, which is why we end up finding her portrayal too pat and stereotypical to be truly, naturally precious.

Jillian “represents” a school of thought in local show biz that a child performer always has to be “on,” super-cute and endearing “to death,” a little smarty pants and an expert at being able to make viewers laugh and cry on cue.

That’s really quite impressive for a little actor to pull off, but it’s the “on cue” part that’s a turn-off, because it makes everything look and feel so—well, automatic.

True enough, in “Daldalita” and her past TV roles, Jillian merely goes through the motions of playing her character proficiently and “entertainingly,” but doesn’t “enter” into her to fill her with real and insightful emotions.

We do admire her proficiency as a young entertainer, but there really is much more she can do, if her handlers make her see the real work and creativity needed for her to truly come into her own as a gifted and empathetic young performer.

Read Next
Mainstream movies awaken from decade-long slump and slumber
EDITORS' PICK
vivo brings to the Philippines a powerful smartphone with a slimmer body, the vivo Y02s for only PHP 6,499
Apple warns of flaw that lets hackers into iPhones, Macs
46% of schools nationwide to have full face-to-face classes on Aug. 22
House energy committee chair Arroyo bats for cheap electricity
What to watch out for when selecting a video surveillance solution
Heads may roll at BOC, says Palace if sugar smugglers are allowed to use recycled import permits
MOST READ
DepEd to give teachers P5K cash allowance within first week of classes
Dressing the dead: Indonesian villagers clean corpses in afterlife ritual
DOJ indicts bank officer in $2.1 billion Wirecard fiasco
Mayor bares issues vs closed QC school
Don't miss out on the latest news and information.