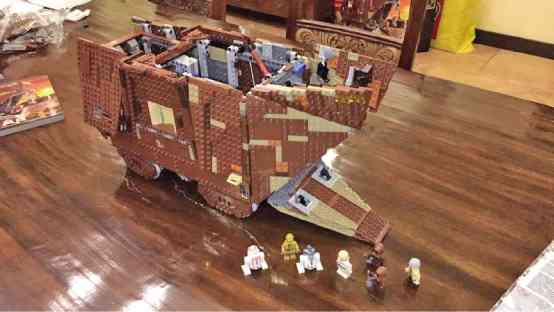 Yup, you guessed it for the most part, I’m still grounded. But I’ve progressed enough in my recovery to do: (1) a two-song guest appearance in a concert (by the way, profuse thanks to the amazing Tanya Manalang and MiG Ayesa for having me sing at their concert, “Curtains Up!” My thanks as well to Freddie Santos, and Mark and Christine Manalang; (2) have lunch with friends (one of my “Allegiance” castmates Catherine Ricafort was here for a brief visit after a 22-year absence, so we found the time to hang out for a bit!); (3) do some errands; and (4) pick up my daughter Nic from school (my husband Rob does the early morning drop-offs).

But the rest of the time has had me engaged with more homebound activities, such as binge-watching TV shows and finishing a “Star Wars” Lego set.

As of the last couple of days, though, Nic brought out a book on friendship bracelets given to her last year by one of our friends. She wasn’t interested in the bands at the time, but she’s way into them now, so she’s asked me to teach her how to make them.

This sent me back into my youth when those bands of friendship made of thread were all the rage. I must’ve been in high school. I remember the first one I received; it came from my friend (and one of Nic’s fabulous ninangs) Steffi del Rosario-Inocentes.

It looked so delicate and lovely, much like Steffi: white, lavender, pink and baby blue. I can’t remember how many I actually did put together, but it’s nice when something so simple and sweet makes a comeback.

Today, after I picked up my daughter from school, we headed to a sewing supplies store to grab some thread and see what we could make. I have a feeling my fingers are going to be very busy for a while, which is fine. This is the kind of busy I don’t mind being.

Quite a long time ago, when my brother Gerard first moved to Boston to study at Berklee, my mother and I moved there with him so that we could take care of him and have him not worry about anything except school. I could still make trips to New York to audition and work, as well as fly to wherever I needed to be.

We found an apartment on Boylston Street, walking distance from school. It was a rental, so we didn’t want to splurge on expensive furniture, and we would already be moving stuff from our Manhattan apartment, anyway (we were renting there, too, so there wasn’t a bunch of stuff to transport). To save money, I thought to just order pieces I could assemble myself.

We headed to a home store and got a dining table and some chairs. We lay all the pieces out on the living room floor.

It was a simple pine table, nothing fancy. However, this thing needed more than just a Phillips-head screwdriver to put together. Hence the need to buy a power drill with screwdriver bits. And voila! No, I am not by any means a woodworker or carpenter, but it’s nice to know that when I set my mind to something, I can do it.

Here at home, there is always a plunger on standby, because stuff happens when you least expect it. So, I’ve taken it upon myself to learn how to use the darn thing. This simple device is made up of two parts: the rubber cup with the flange inside, and a handle. Sure, I’ve seen the act of toilet-plunging enough times on TV and in the movies.

Shouldn’t be too difficult, right?

It’s not just about pumping that thing up and down. It’s about finding the right angle and position, and exerting enough force to get whatever obstruction there is out of the way. And once you’ve done it enough times, you can feel when you have to keep going, and when to stop.

In life, this has been one of those things that has proven incredibly useful. Sure, writing about it now seems pretty funny, but I thank my lucky stars when a blockage happens late at night, and everyone else at home is fast asleep.

My mother used to call me “itchy fingers” when I was younger, and perhaps the moniker still applies. I’m always looking for something to do with my hands, be it assembling a Lego set, making a bracelet, or taking something apart and putting it back together.

Perhaps this grounding period, as long as it feels, is a good thing. It’s good to just sit in the quiet, shut down the brain and let my hands take over.

I wonder what my fingers will do next.