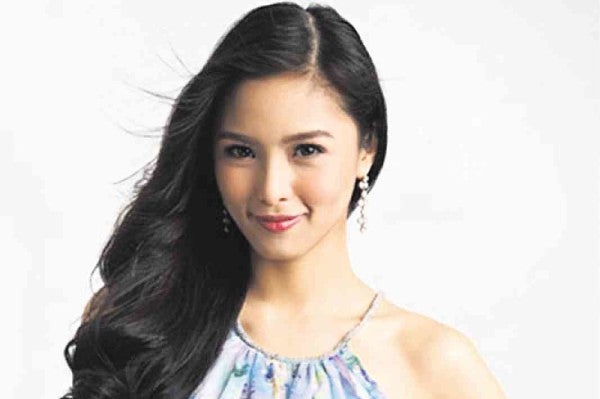 It seems rather improbable, given her still youthful stellar “projection,” but Kim Chiu is marking her 10th anniversary in show biz this year.

Small wonder, then, that her handlers have finally been “updating” her performance image on TV and in the movies, from “teen” to young adult.

On the big screen, the transition came in “Etiquette for Mistresses,” where Kim played a kept woman for the first time.

Then, in “The Story of Us” on TV, Kim and her “ka-love team,” Xian Lim, similarly turned in less effervescently giddy and more forthright portrayals. About time, too, right?

In these and other transition gambits, Kim’s spirit may be willing, but her speaking voice is weak—so the “young-adult” shift hasn’t been all that convincing, especially in terms of aural expressiveness and “authority.”

We trust that Kim will work really hard to overcome this limiting and inhibiting flaw, which her stellar rivals aren’t burdened with.

Kim’s 10th anniversary observance has piqued our interest in another way, prompting us to wonder what’s happened to her contemporaries in the interim, relative to her own stellar success.

So, we looked up a list of her “classmates” in Star Magic a decade ago, and came up with Batch 14’s other female comers.

It’s clear from this “blast from the past” list that Kim was the biggest and most consistently stellar female find in her batch.

Other comers who’ve survived the vagaries of time and fickle stardom are Denise, Bangs, Alex, Charee, Niña and Dianne.

Some have faded away from view, opting to focus more on family and other personal involvements. Others are heard from in the biz only from time to time.

Aside from Kim, “classmates” who are seen regularly are Denise and Alex.

Denise has become a certified TV drama star, with lead roles in series like “Nasaan Ka Nang Kailangan Kita,” where she sizzled as the hit series’ resident “other woman.” She also scored big on the impersonation tilt, “Your Face Sounds Familiar.”

For her part, Alex has positioned herself as a ditzy comedienne and has also gone into TV program hosting.

What about the others? Recent developments in the biz have shown that if they’re really determined to make it again, it could happen—with a lot of savvy planning and professional support.

The latest “poster girl” for “retroactive” success in show biz is Karla Estrada. She first broke through on “That’s Entertainment” a long time ago, got sidelined by babies and having to act as “momager” to her stellar scion, Daniel Padilla.

But Karla has surprised everyone by making a big, splashy comeback as a TV star and singer seen daily on the tube. With true grit, grace and gumption, it can happen!