Redefining the joys of girl bonding 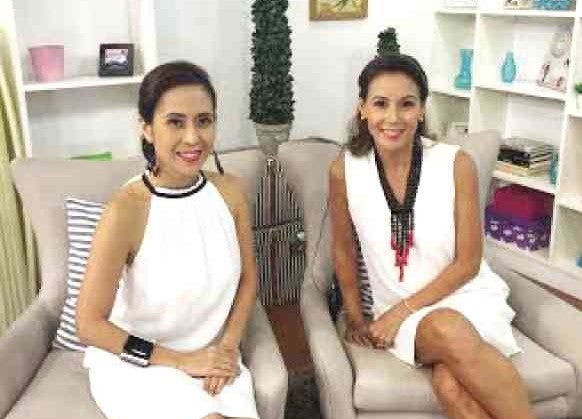 Their show airs 9:30 a.m. on weekdays with replays at 4 p.m. The fab hosts prefer to engage rather than confront their guests.

On social media, netizens say that the tandem’s positive energy is contagious. “I think it’s obvious that Christine and I are genuinely interested in the people we interview and that it’s not a put on,” quips Rachel. “We have a great time with them because we learn.”

After the first season, the show’s producers decided to retain only Christine and auditioned many candidates for a second host before they decided to go with Rachel, who always wanted to be a host but was never given the opportunity.

Soon after the second season started, ratings were up by 60 percent. Could it be that the hosts found the magic formula for success?

“I love cohosting with Christine because even if we have practically nothing in common in terms of personalities, outlooks and backgrounds, we are somehow in sync,” says Rachel, who considers her cohost a bit more conservative and religious. “I think what makes our tandem work is the mutual respect. I admire Christine’s sense of focus and discipline,” Rachel points out: “Let’s face it—you can’t be an Olympic swimmer without that.”

Now on its third season, the show has been cut to 30 minutes and reformatted to make it more fast-paced. Each episode starts with guests singing or dancing, or with the ladies doing something that they have never done before. Rachel feels challenged, as she claims she’s pretty useless at most things other than performing and writing. The network has also encouraged the hosts to work more with the writers and help pick topics that are close to their hearts.

“This is where teamwork comes in. I feel like Christine picks up the slack and vice-versa when we encounter a topic which either of us are not very familiar with,” Rachel says. “It’s good to know we watch each other’s backs.”

Tune in to “Real Talk” for your daily dose of sugar and spice. Rachel and Christine redefine the joys of girl bonding as well as celebrate woman power.