No histrionics, only understated grace from Jaclyn in ‘Ma’ Rosa’ 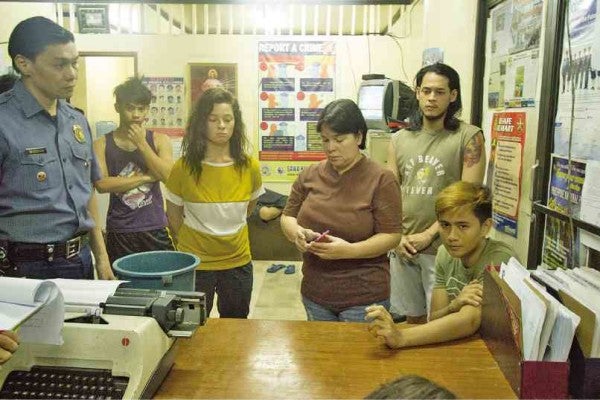 Caught in the crossfire of the Reyes couple’s potentially deadly dilemma are their kids, Raquel (Andi Eigenmann), Erwin (Jomari Angeles), Jillian (Inna Tuazon) and Jackson (Felix Roco), who find themselves tightly “clasping the blade” and doing odd jobs and “pay-for-play favors” to help extricate their parents from the dicey situation they’re in.

Brillante (aka Dante to friends and colleagues), the Filipino film master who won best director for 2009’s “Kinatay” in the world’s most prestigious film festival, coaxes an indelible and organically limned portrayal out of Jaclyn, devoid of the parody-generating monotone, acting tics and kikay (kooky) excesses she’s known for in the teleseryes she appears in these days.

Does Jaclyn deserve the best actress prize she “stole” from under the noses of the established likes of French icon Isabelle Huppert and Hollywood luminary Kristen Stewart? Yes. But let’s put her historic triumph in perspective.

Some of Jaclyn’s naysayers opined that her screen time was too short to merit a berth in the lead-actress race, but this myopic view no longer holds water in an age when length isn’t as significant a criterion as dramatic substance, a performer’s presence or her character’s pertinence in the cinematic yarn being spun—unless those cynics have not heard of actors who won Oscar awards despite their “limited” screen time:

As Hannibal Lecter, best actor Anthony Hopkins only had 24 minutes of screen time in “The Silence of the Lambs,” while best actress Nicole Kidman was onscreen for merely 28 minutes as Virginia Woolf in “The Hours.”

As Fantine in “Les Miserables,” best supporting actress Anne Hathaway was given 15 minutes to breathe musical life into her short-lived, tragic character.

Even more impressively, the sublime Judi Dench won best supporting actress for playing Queen Elizabeth I in “Shakespeare in Love,” with merely eight minutes to convey delight or displeasure over the comedic antics of William Shakespeare (Joseph Fiennes) and his zany colleagues.

In Jaclyn’s case, the veteran actress has long established—particularly in films like “Itanong Mo sa Buwan,” “Takaw Tukso,” “Private Show” and “Sarong Banggi”—that she’s an actress worth her salt. So, not even the limited and limiting confines of the police precinct her character is stuck in for much of the film’s running time can stop her from fully expressing herself and conveying a wide range of emotions.

Jaclyn limns Rosa’s woes, worries and unalloyed fears with understated grace and dignity—no vein-popping dramatic caterwauling or show-stopping histrionics that we often see in the telenovelas she appears in.

She proficiently inhabits a character caught in the vivid urgency of Rosa’s dire situation. This in itself is a telling reflection of how we, Filipinos, react to discombobulating situations beyond our control.

Just as finely tuned as the seasoned actress’ performance are those turned in by Julio, Kristofer, Andi and the promising Jomari, who impresses in his provocative scenes with Alan Paule (as his gay benefactor). Even the scene-stealing Maria Isabel Lopez, “showier” than usual in the complex role of a spiteful but ultimately benevolent neighbor, doesn’t do badly herself.

Jaclyn works in complementary synergy with the gripping social realities astutely depicted in the visually compelling film that is as much a scathing condemnation of the Philippine government’s inability to rid its ranks of corruption as it is an empowering tale about a family who comes together in times of crises, self-inflicted or otherwise.

The final scene where Jaclyn sheds tears in silence as she “angrily” consumes a stick of fish balls will remind viewers of Vilma Santos’ similarly stirring scene in “Ekstra,” but it’s a high-wire act that only skilled actresses can pull off with instructive flair and panache.

It’s a difficult scene that provides a string of thespic grace notes in a film that induces claustrophobia among viewers, as they accompany Rosa on her difficult journey—and a fitting testament to Dante’s filmmaking verve and substantial storytelling prowess.