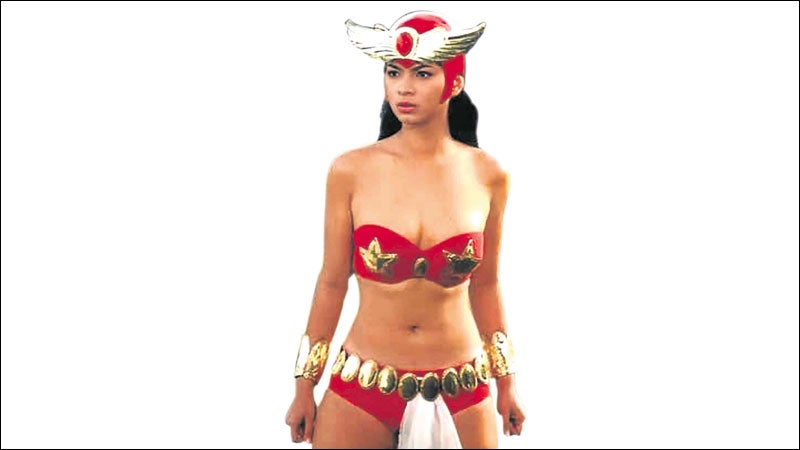 “I see myself in her—Darna—because she has no love life,” according to actress Angel Locsin.

“Most superheroes are single, or at least they cannot make their relationships public, like Batman, Superman and even Spider-Man. Like me, Darna is also single,” Angel told reporters during a media gathering that launched her as the endorser of Smart Padala’s new campaign, titled “PadaLapit.”

The 31-year-old actress recently broke up with TV host Luis Manzano, who is reportedly dating another actress, Jessy Mendiola.

“I’d rather not talk about this (dating rumor) because I don’t want to be misinterpreted,” she said. “We all go through something difficult at some point in our lives—and it will only make us stronger and more mature.”

What Angel was eager to talk about was the clamor of fans for her to play Mars Ravelo’s superheroine, Darna, again. She first took on the role in 2005 in a TV adaptation.

She said she felt flattered because people appreciated the Darna character she played before. “I want to do it again, but I’m still in the process of healing. I want to get better, but this will take a while,” she pointed out. “This is why I refuse to think that the project would still be given to me. I don’t want to get depressed if I learn that another actress has agreed to do it. Let’s see what happens when I get well.”

Angel is still recovering from a series of surgeries in connection with a disc bulge found in her spine, which forced her to give up the project earlier. She claimed to have received positive feedback from her doctors and therapist, whom she still visits three times a week.

“[I] live and breathe Darna—I am her!” Angel declared. “The character endeared herself to Filipinos because we can relate to her. We’re all superheroes in our own right.”

Like Darna, the actress said she’s very protective of her family. “I will do everything I can to protect them, and make sure that their needs are met. If anyone tries to harm them, they’ll really see me transform into Darna.”

Asked whether she was enjoying singlehood, Angel jokingly replied: “I’m quite happy, kahit labas sa ilong… Actually, I am discovering a lot about myself now. It’s good that I have more time for my family. I’m now busy fixing our house, and I’m learning a lot of things.”